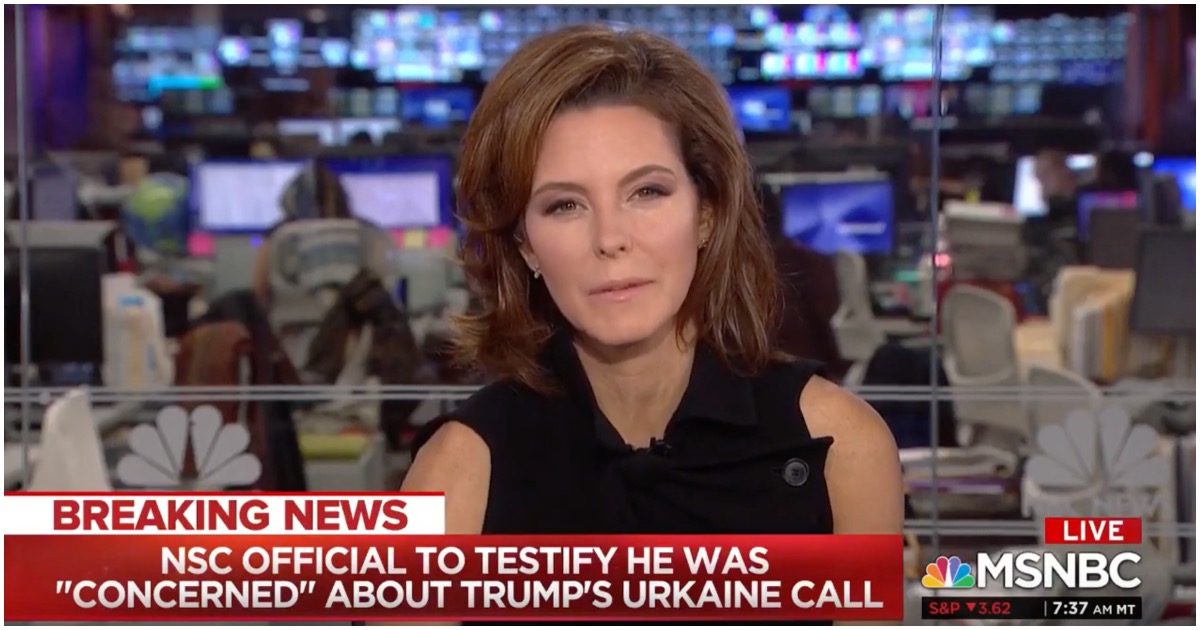 The following article, MSNBC Host Proudly Warns Viewers She Has ‘Bad News for Democrats’ In Partisan Segment, was first published on Flag And Cross.

Everyone knows that MSNBC is basically the communications wing of the Democrat Party. But that could be said of every news outlet outside of Fox News.

It’s not as if MSNBC tries to hide it, either. They are open about their hatred for America and all things Trump. But what host Stephanie Ruhle just did was pretty bad.

This kind of partisan nonsense is exactly why most Americans don’t trust the MSM. Who decided, one day, out of the blue, that all journalists have to be liberals? Where did that come from?

MSNBC anchor Stephanie Ruhle warned viewers before a break Tuesday that an upcoming segment would have “bad news for Democrats,” a rare example of a daytime host acknowledging the liberal bent of the network’s viewership.

“President Trump’s official merchandise is bringing in more than just big bucks,” she said. “I’m going to walk you through. There is a math to this madness. It is all part of the Trump campaign’s digital strategy, and I warn you, it is bad news for Democrats.”

The left-leaning cable network draws a liberal audience, but Ruhle apparently making a nod to that fact on her show was unusual.

A different MSNBC host thinks the way to “get” President Donald Trump is to go after his children.