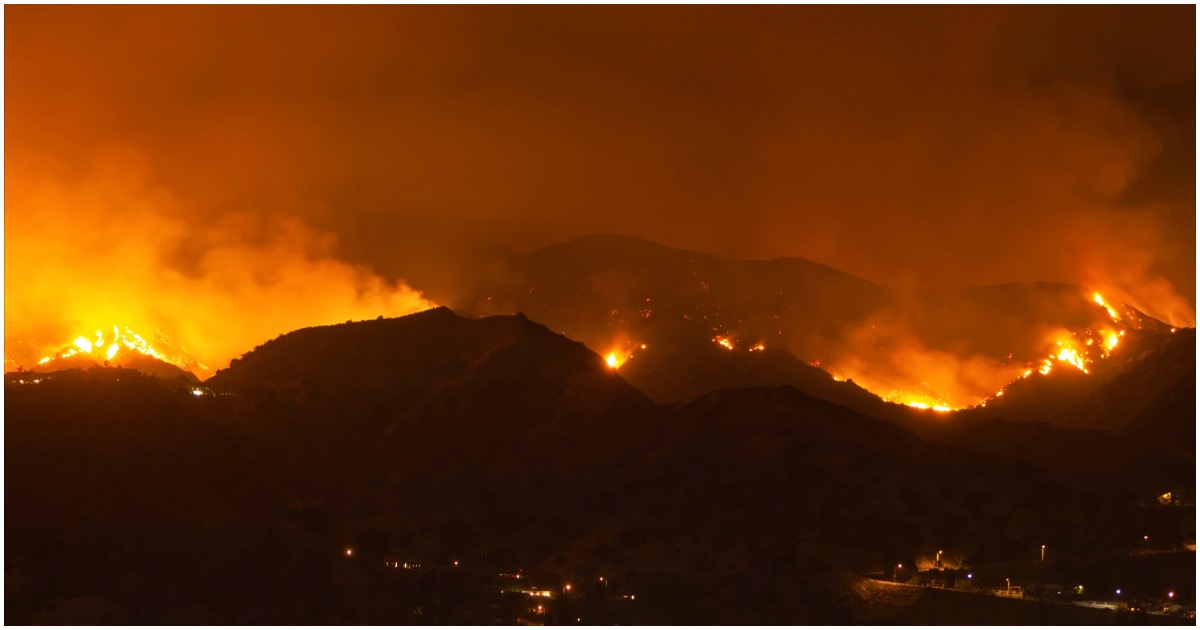 The following article, Trump & Republicans Are to Blame for California Wildfires, Says Former California Governor, was first published on Flag And Cross.

California’s insanely far-left policies are directly to blame for their failing state. You can’t refuse to cut down old trees and not expect wildfires every year. But lefties don’t get it. They can’t seem to grasp the simplest concepts.

Instead of having controlled fires to clear brush, far-left leadership in the Golden State decides to blame Republicans for every problem – including “climate change.” For seem reason, former horrible Governor Jerry Brown is back in the news. Did you miss him?

Jerry knows who is responsible for fires in California. And he’s going to shout it from the rooftops. And the politically uninformed are going to believe him. Because that’s what they do.

Former California Governor Jerry Brown told Congress on Tuesday that President Donald Trump and the Republican Party were responsible for the ongoing California fires because of their opposition to drastic climate change policies.

“California’s burning while the deniers make a joke out of the standards that protect us all,” Brown told the House Oversight Committee on Tuesday, as quoted by the San Francisco Chronicle. “The blood is on your soul here and I hope you wake up. Because this is not politics, this is life, this is morality. … This is real.”

Check this video out…

This is how close the Easy Fire is to the Ronald Reagan Presidential Library https://t.co/TVrkcWpH6B pic.twitter.com/4D4ERH2Lmw

Brown had the gall to pardon former Democrat State Senator Roderick Wright, who was convicted of voter fraud and perjury, just before he left office and gave way to Gavin Newsom.

California Governor Jerry Brown issued a pardon Wednesday to former Democratic State Senator Roderick Wright, who lied about living in the district he had been elected to represent and became a symbol of corruption in the state capital.

Wright represented the Los Angeles community of Inglewood, but lived in the more affluent Baldwin Hills. State law requires state legislators to live in the areas they represent.