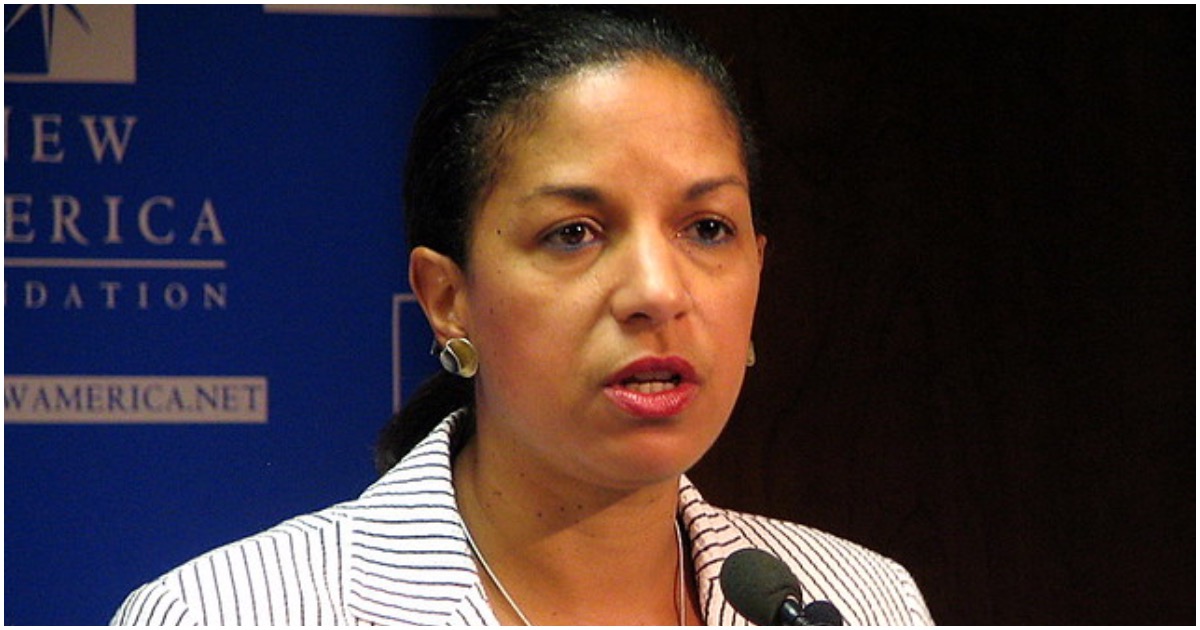 The following article, Susan Rice Calls Lindsey Graham A ‘Piece of S—’ So He Points Out Her ‘Greatest Hits’, was first published on Flag And Cross.

Susan Rice was very bad at her job as national security adviser. She was excellent at lying and covering for Barack Obama, but that’s not exactly something of which to be proud.

For some reason, Rice decided to blast pro-American Senator Lindsey Graham. Why? because Democrats love to hate. They live for it. If they weren’t picking on conservatives they wouldn’t know what to do with themselves.

But Graham isn’t a man to be berated. He’ll call a Democrat out as quickly as President Trump. Okay, nobody calls out a Democrat for being ridiculous as quickly as Trump…but you get the point.

If she agreed with me, I would wonder what I did wrong!

The 2016 presidential candidate had a pretty funny response, calling out AOC for claiming climate change will cause the world to stop spinning in 12 years.

According to @LindseyGrahamSC, the President failing to condemn neo-nazis, forcing thousands of federal workers to go to food pantries,& risking all their credit scores is whatever, but not letting the President march down the House Floor until we pay people first is “a new low.” https://t.co/mx9CthfxWD

Let’s bury the hatchet and enjoy the next 12 years because they are going to be our last, right? https://t.co/OKhAAcGKyr

Even worse news, @AOC and her new socialist colleagues seem hell-bent on making sure that our last 12 years will be spent as Venezuelan socialists, not Americans.

Question: Is it possible Rep. Ocasio-Cortez could be wrong about the demise of the planet in 12 years and the American people reject her socialist agenda in 2020?

Continue reading: Susan Rice Calls Lindsey Graham A ‘Piece of S—’ So He Points Out Her ‘Greatest Hits’ ...

ONE CALLS ONE A M.F. THE OTHER CALL S ONE OF OUR SENATORS A PIECE OF SHIT NOW WHICH IS WHICH BUT WHAT CAN SHE BE A PIECE OF WHAT.

The more we see of these scumbags such as susan rice the more America should be demanding justice and these political hacks of the obama terrible 8 years should be facing a jury.

And who would be better qualified to talk about s*it then someone who is well acquainted with the smell of excrement and who on a daily basis meets and talks to Obuma about s*it( none other then the queen of s*it!).