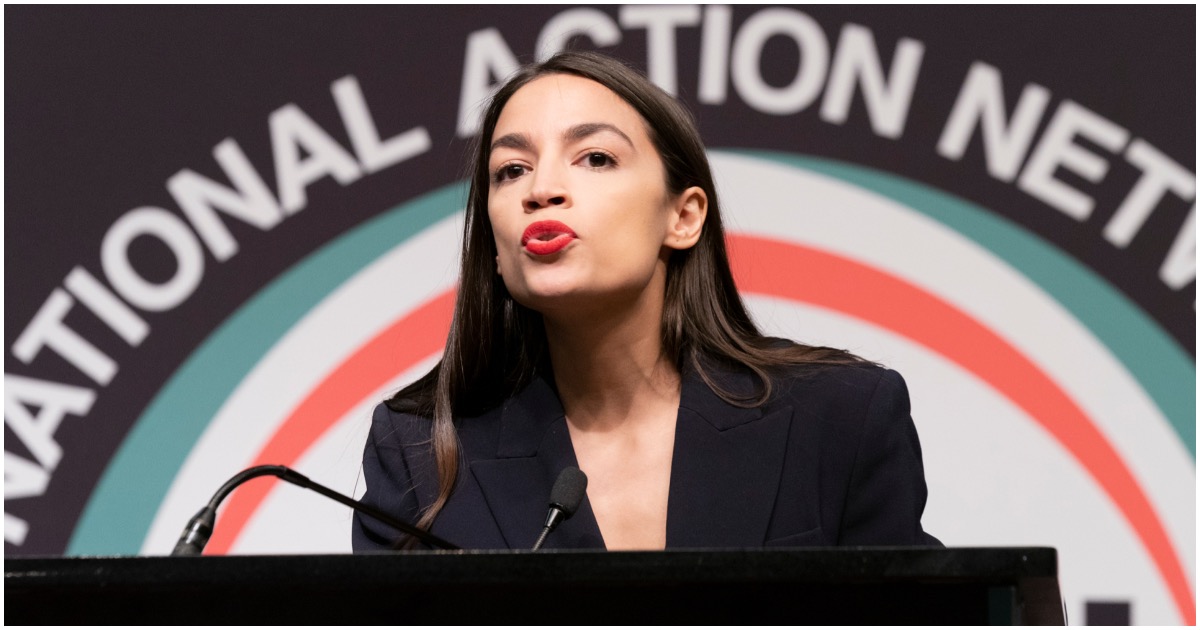 The following article, Flashback: Ocasio-Cortez Says She Thinks About Running for President, was first published on Flag And Cross.

President Alexandria Ocasio-Cortez, anyone? Apparently, the radically far-left Democrat Socialist thinks about the idea. Could there be anything scarier for America?

During a podcast interview, AOC admitted she thinks about running for POTUS “every once in a while.”

AOC spoke with Yahoo! News’ Skullduggery podcast Sunday about a variety of issues, and the conversation eventually turned to her thoughts on the 2020 election and her own sights for higher office.

AOC: “I don’t know, I really don’t know,” the freshman congresswoman said of her next steps in politics. “I think about it every once in a while but […] this is pretty hard already.”

The 22nd Amendment makes clear that no president can serve more than two terms. Alexandria thinks 22A was put in place to ensure far-left President FDR wasn’t re-elected.

She said that on live TV during a town hall event on MSNBC.

But wait. There’s a problem.

According to AOC, Congress amended the Constitution to prevent FDR from being re-elected:

“They had to amend the Constitution of the United States to make sure Roosevelt dd not get reelected.”

According to AOC, Congress amended the Constitution to prevent FDR from being re-elected:

"They had to amend the Constitution of the United States to make sure Roosevelt dd not get reelected."

AOC cannot BE President unless she can prove that she is a “Natural Born Citizen” and that she meets the other Article II criteria. Right now she is too young. An NBC is one born IN the U.S. to parents who are both U.S. Citizens-Minor v Happersett, USSCt. (1874).