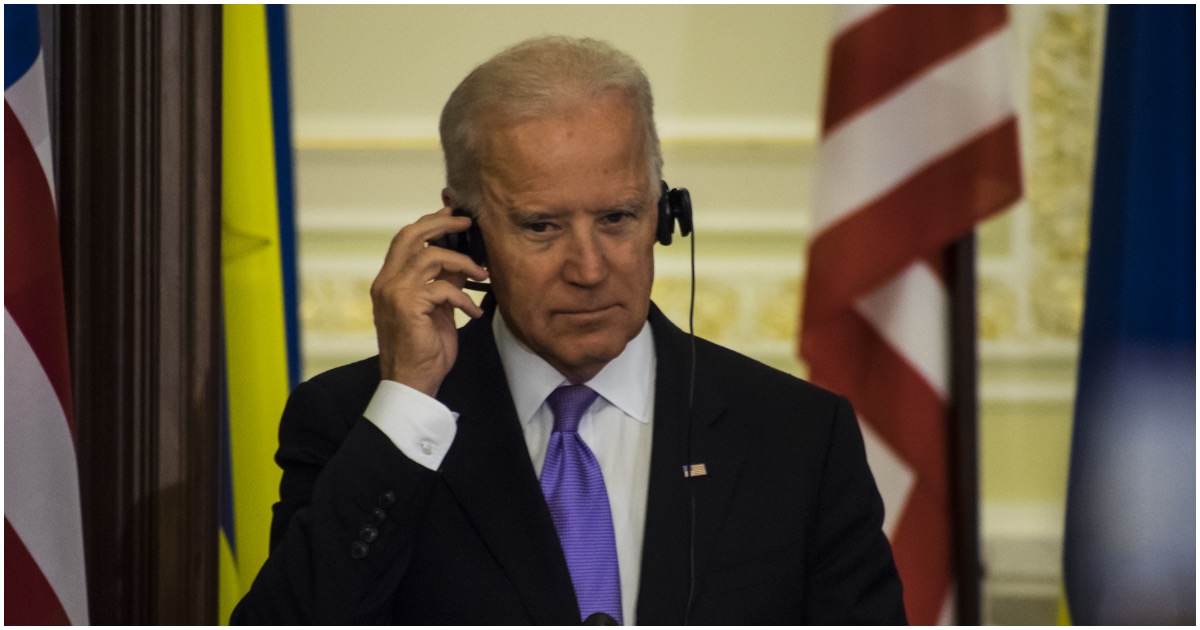 The following article, Biden Goes On ’60 Minutes,’ Rips President Trump for Being An ‘Idiot’ [Video], was first published on Flag And Cross.

Democrats hate it when President Trump uses language of which they disapprove. Yet, they’ll turn around and say the same exact stuff like it’s no big deal. Obviously, that completely negates their point.

But since when have Dems been considered smart people? They are hypocritical to the max; have no problem killing babies; hope socialism takes over America despite the model having failed the world over.

Geniuses, every single one of them! Check out already twice-failed presidential candidate Joe Biden going on “60 Minutes” and ripping POTUS for have the audacity to claim that the Russia scandal was a big hoax.

Democratic presidential candidate Joe Biden exploded on Saturday when Fox News reporter Peter Doocy confronted him over his Ukraine scandal, claiming that he did nothing wrong and that the media should be looking into President Donald Trump.

Doocy’s question for Biden centered around Biden’s admission that he used his position as Vice President to shut down a Ukrainian prosecutor who was investigating a company that was employing Biden’s son.

Doocy pondered, “Mr. Vice President, how many times have you ever spoken to your son about his overseas business dealings?”

Biden screeched, “I have never spoken to my son about his overseas business dealings. And here’s what I know, I know Trump deserves to be investigated. He is violating every basic norm of a president. You should be asking him the question, why is he on the phone with a foreign leader trying to intimidate a foreign leader, if that’s what happened, that appears to be what happened, you should be looking at Trump.”

Here's a problem: Joe Biden *did* discuss overseas business with his son Hunter, at least once. This is from The New Yorker, about 2 months ago. https://t.co/QzfeWoopn7 pic.twitter.com/jOZmV9sQPf

Joe Biden on his Ukraine scandal: “Why's [Trump] on the phone with a foreign leader trying to intimidate [them]?”

Biden in 2016 on what he told Ukraine: “I looked at them and said: ‘I’m leaving in six hours. If the prosecutor is not fired, you’re not getting the money’” pic.twitter.com/IjNgweVH67

This is the real and only story! pic.twitter.com/4z8eOcm6PA

Just who is the idiot? The multi billionaire who made his billions thru business decisions or the politician that bragged about his corrupt activities while on camera?