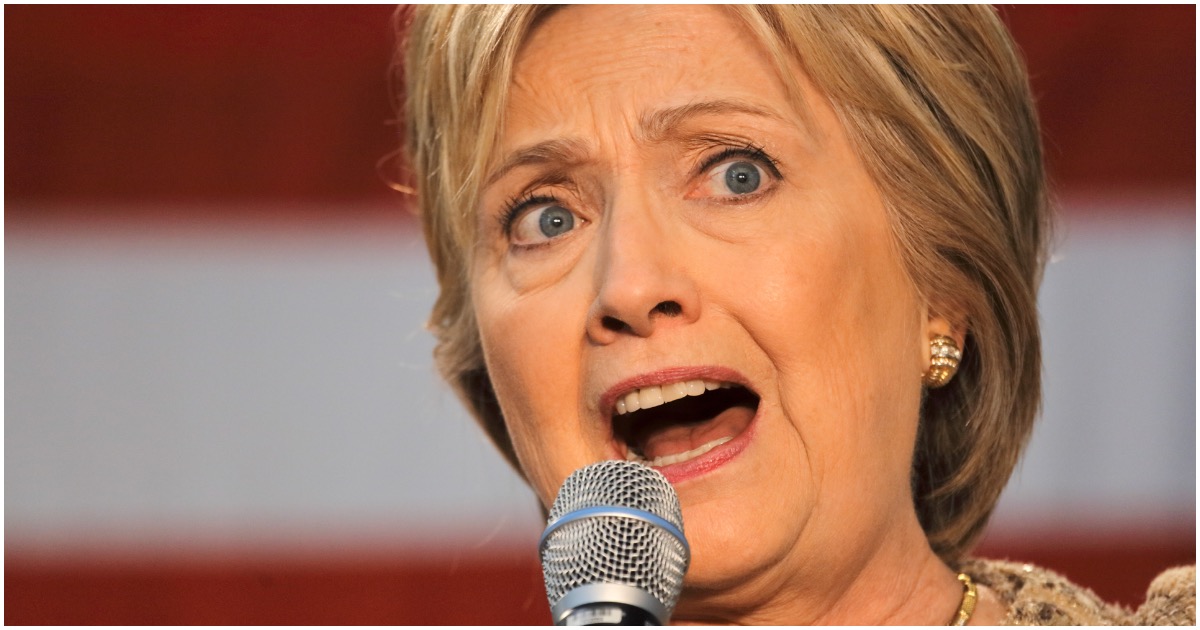 The following article, Report: Rumors Heating Up That Hillary Clinton Will Enter 2020 Race At the Last Minute, was first published on Flag And Cross.

As of October 23, 2019, they are just rumors. But you kind of get the feeling that it’s going to happen, don’t you? Democrats have nobody that can defeat Donald Trump in 2020. Nobody. And they know it.

If Hillary Clinton does enter the race for the White House (for a third time), does she beat Trump? Would the Democrat Party once again rig the primaries in her favor to make her their nominee?

Would conservatives show up to the polls like never before to ensure Clinton never steps foot in the Oval Office, even if they may have soured on Trump? So many questions. Here’s the scoop…

Speculation is growing that Hillary Clinton will make a last-minute entry into the 2020 presidential race after reports published Tuesday said members of the Democratic establishment doubted any of the party’s current top candidates can beat President Trump next November.

But those Democrats already running said Clinton is doing more harm than good for the party by taking aim at Rep. Tulsi Gabbard, D-Hawaii, in recent remarks.

Clinton in recent weeks has privately stated she would enter the 2020 presidential race if she were certain she could win, The New York Times reported Tuesday. The story, titled “Anxious Democratic Establishment Asks, ‘Is There Anybody Else?’,” said about a half-dozen Democratic donors gathered in New York City questioned whether former front-runner Joe Biden could stand strong against Trump, citing Biden’s lackluster debate performance in Ohio last week.

Continue reading: Report: Rumors Heating Up That Hillary Clinton Will Enter 2020 Race At the Last Minute ...

Cannot imagine that she (or anyone) with as much bad baggage would actually make another try at getting back in the whitehouse, but then it’s difficult to understand anyone as wicked and unethical as hillary clinton.

Even harder to understand people who would vote for her.

If she wants to spend money to loose her —- again feel free.

This old hag bitch needs to go! We already know she is corrupt and has commuted resonant! BUT…I bet there are still brain dead ignorant people that support her! If so…this is not intelligence!