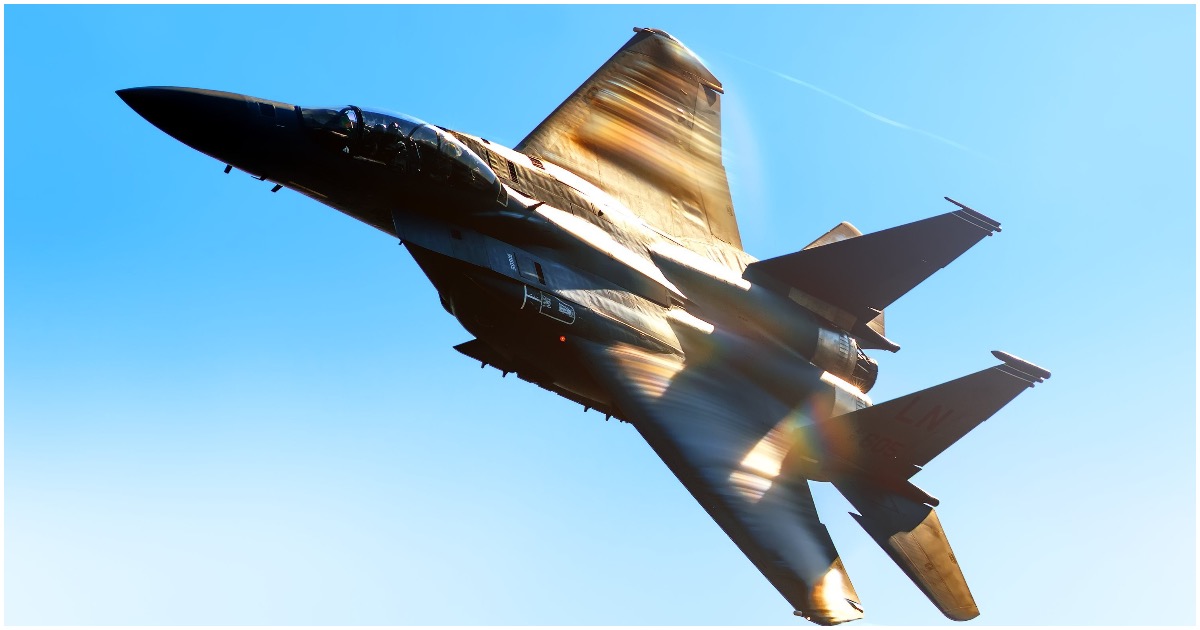 The following article, Send In the F-15’s (Opinion), was first published on Flag And Cross.

In the typical action movie, the person playing the president will turn to his chief-of-staff at some point and ask, “Where are our forces?” In today’s world, however, that president should probably just ask “Where are the F-15s?”

Consider the strife in the Middle East, where Turkish forces are attacking Kurds in (or near) Syria. Fox News reports that when Turkey’s troops recently came too close to American warriors stationed there, “Air Force F-15 fighters and Army Apache attack helicopters arrived on the scene.” In other words, the versatile F-15 is now participating in ground support missions, while continuing its primary mission of maintaining air superiority throughout a battle space. That’s a weapon that can really do it all.

Yet, for some reason, the Air Force is being pushed to spend far more for far less.

National Defense Magazine reported this year that, “The fiscal year 2020 national defense authorization bill approved June 27 by the GOP-controlled Senate would authorize $10 billion to procure 94 F-35 joint strike fighters, 16 more than the Trump administration requested.” Lawmakers seem to be thinking that the JSF can replace the F-15. One problem with that is obvious: the JSF isn’t replacing the F-15 because it isn’t capable of replacing the F-15.

The problem begins at the beginning, when the JSF was on the drawing board in the 1990s. As Popular Mechanics reported in a lengthy 2016 piece, “The F-35 is still dogged by decisions like the one to build the plane using the strategy of ‘concurrency,’ or building the first planes before the experimental design was truly finalized.” In a way, contractor Lockheed Martin was building the plane as it attempted to fly it.

Because untested jets were pressed into service, test pilots were frequently uncovering problems that had to be fixed on the planes that were already out of the factory. This led to an expensive cycle of delays and recalls. Of course, as all this was happening throughout the ’90s and 2000s, aging F-15s successfully completed tens of thousands of missions, from the Balkans to Iraq and Afghanistan.

From that troubled beginning, things never got much better.

The JSF kept missing deadlines and couldn’t be pressed into service, even as our forces deployed around the world. The platform went over budget year after year. By the time President Donald Trump was getting set to take office in 2017, the Pentagon admitted the JSF was more than 6 years behind schedule and $13 billion over budget. The program, the Air Force admitted, found it “difficult to overcome a troubled past.”

Trump vowed to bring the JSF costs down, but is administration hasn’t managed to do that. “The estimated total price for research and procurement has increased by $22 billion in current dollars adjusted for inflation,” Bloomberg reported this year. “The estimate for operating and supporting the fleet of fighters over more than six decades grew by almost $73 billion to $1.196 trillion.”

Meanwhile, the military can have the more effective F-15 at a more affordable price. The Trump administration wants to buy eight new, next generation F-15X jets. That seems like a sensible hedge as the F-35 struggles to make it into the sky. These F-15s wouldn’t be in place of any of the planned F-35s, but would be in addition to them. As Lockheed Martin CEO Marillyn Hewson explained this year, “If they chose to have an order on F-15, it won’t be at the expense of F-35 quantities.” Maybe they should be, but time will tell on that issue.

The bottom line is that the entire idea behind the JSF is that it would be able to do it all. Instead, it’s the F-15 that’s getting the job done, in Syria and everywhere else. Let’s have more of that, please.