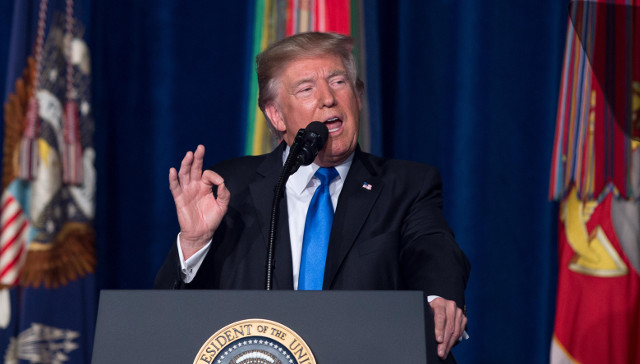 The following article, President Trump Says Movement To Impeach Him Like ‘Lynching’, was first published on Flag And Cross.

President Trump recently delivered some rather controversial comments — in other words it’s just another Tuesday — concerning the movement to have him impeached and removed from office, comparing it to “lynching” and asking for Republicans to rally around him.

The president seems to be testing out a new strategy for taking on the current attacks against him, employing the use of this very incendiary language as part of a warning to Democrats to not water down the standard for impeachment because it could come back to haunt them later.

Here are more details from The Washington Times:

“So some day, if a Democrat becomes President and the Republicans win the House, even by a tiny margin, they can impeach the President, without due process or fairness or any legal rights,” he wrote. “All Republicans must remember what they are witnessing here — a lynching. But we will WIN!”

Washington observers winced at Mr. Trump’s use of the word, since it evoked horrific crimes against black Americans in the U.S. South.

“It is not a lynching. Let’s not start dropping words that are important with real historic meaning where we water them down to nothing,” conservative commentator Erick Erickson tweeted.

California Democrat Rep. Barbara Lee said Trump’s comments about “lynching” were ignorant and will harm the president’s reputation with the black community.

“Of course, he has no understanding of this horrific history, I assume. And for him to say something like that was disgusting,” Ms. Lee stated. “It hurts. It’s painful, and he should apologize.”

House Majority Whip James Clyburn reacted to the controversy on CNN saying that Trump has “always been pretty loose with his words, and this is another indication of that.”

Continuing on he said, “I really believe this man is prone to inflammatory statements and that is one word that no president ought to apply to himself.”

President Trump does have one supporter backing up his choice of words. Sen. Lindsey Graham said the whole fiasco against Trump “is a lynching in every sense of the word.”