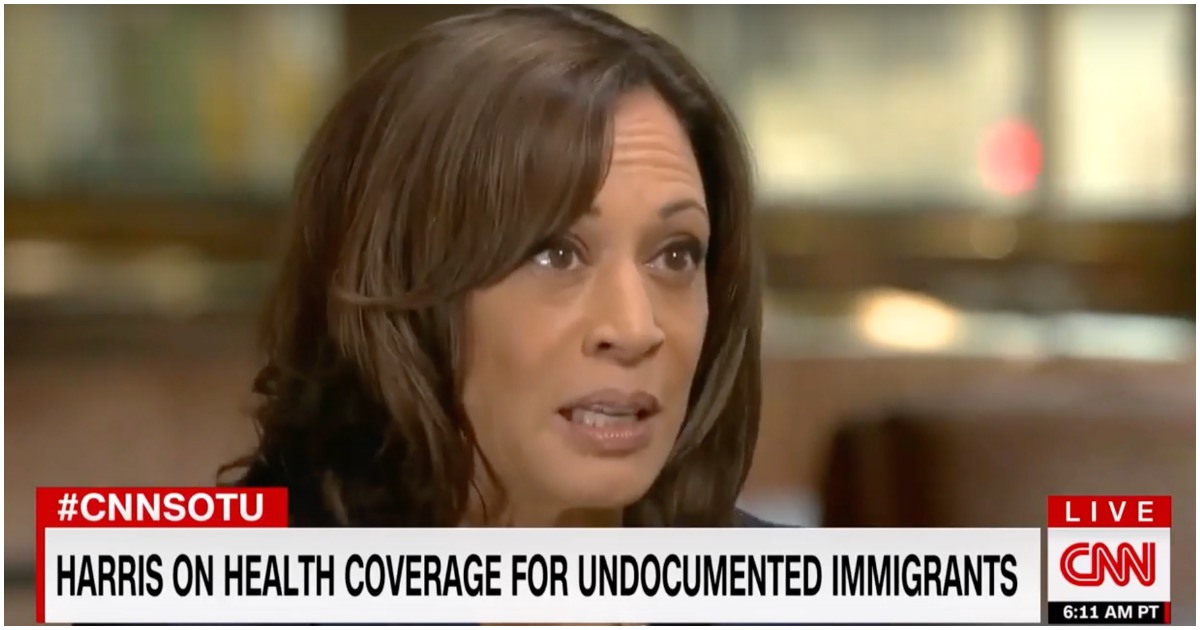 The following article, Flashback: Kamala Harris Says Undocumented Should Have Access to Healthcare, Schools, was first published on Flag And Cross.

Democrat Senator Kamala Harris is quite the cut-up. For some reason, former Speaker Newt Gingrich thinks she has the best chance of earning her party’s nomination for president come 2020.

While on CNN, Harris said every person in America – whether documented or not – should be given healthcare. She honestly believes this, as does nearly every other Democrat in America. Talk about mind-boggling.

Is it absurd? Of course. Is it absolutely ridiculous? Without question. Does it make any sense at all? Nah, bro, none! Should I stop asking myself questions I already know the answers to? Most likely.

Harris (CA) might be running for president, yet it really seems like she doesn’t want to be president.

Kamala Da Jamaican Man also say’s it has a pair of fuzzy nutt’s….!