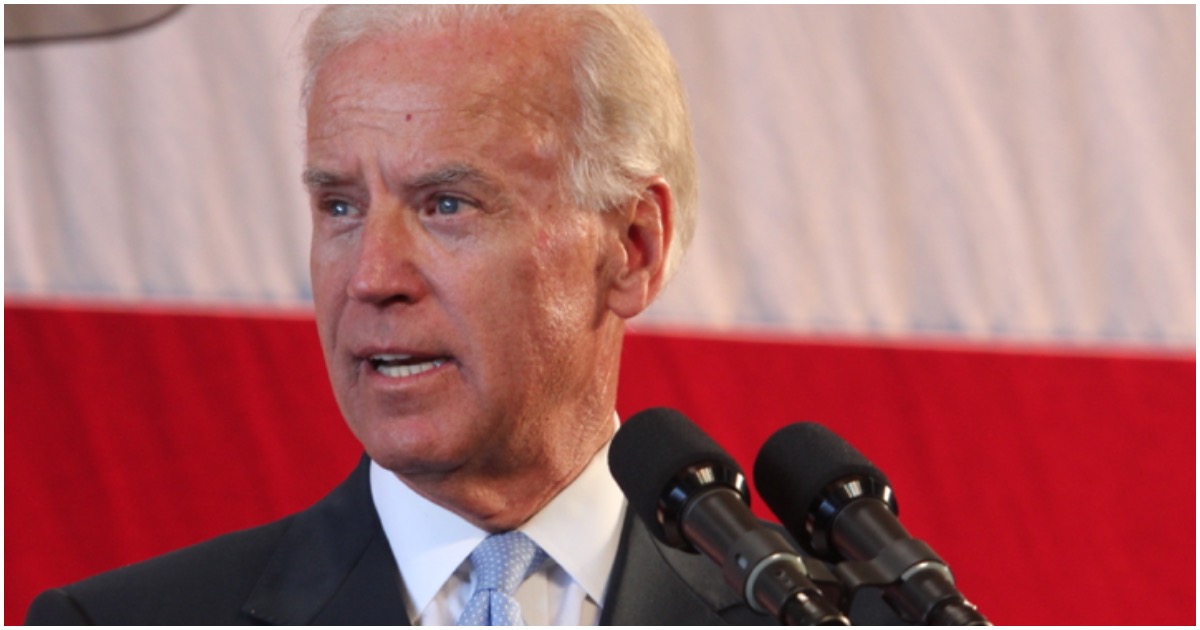 The following article, Flashback: Biden Says ‘Politicians Can Take Away’ the First Amendment ‘If We Want’ To [Listen], was first published on Flag And Cross.

Democrats often attempt to use the Constitution as a Swiffer pad. Too often, actually. Back in 1974, former Vice President Joe Biden said something immensely wild about the First Amendment.

This is the problem with the left. They want to play GOD. They think they are above the law. They think the rules don’t apply to them and that the American public is stupid. The proof is in the pudding.

And when Democrats take complete power, the country goes to hell. We saw it for eight years under the rule of Barack Obama, especially when Dems controlled both chambers of Congress and gave us Obamacare.

Former Vice President Joe Biden told a journalist in 1974 that “cruddy politicians” like himself could “take away” the First Amendment if they wanted.

The current 2020 Democrat frontrunner made the comments to Washingtonian magazine while being interviewed for a profile published in June 1974. Biden, then only 31-years-old, came to regret the interview, as his penchant for gaffes and insensitive remarks—traits defining later portions of his career—heavily colored the piece. At the time, however, Biden appeared eager to discuss his life as the nation’s youngest senator.

BIDEN: “I am proud to be a politician. There is no other walk of life which can do more good for mankind than politics. It influences everything that happens to the American people.”

BIDEN: “And, whether you like it or not, young lady, us cruddy politicians can take away that First Amendment of yours if we want to.”

Continue reading: Flashback: Biden Says ‘Politicians Can Take Away’ the First Amendment ‘If We Want’ To [Listen] ...