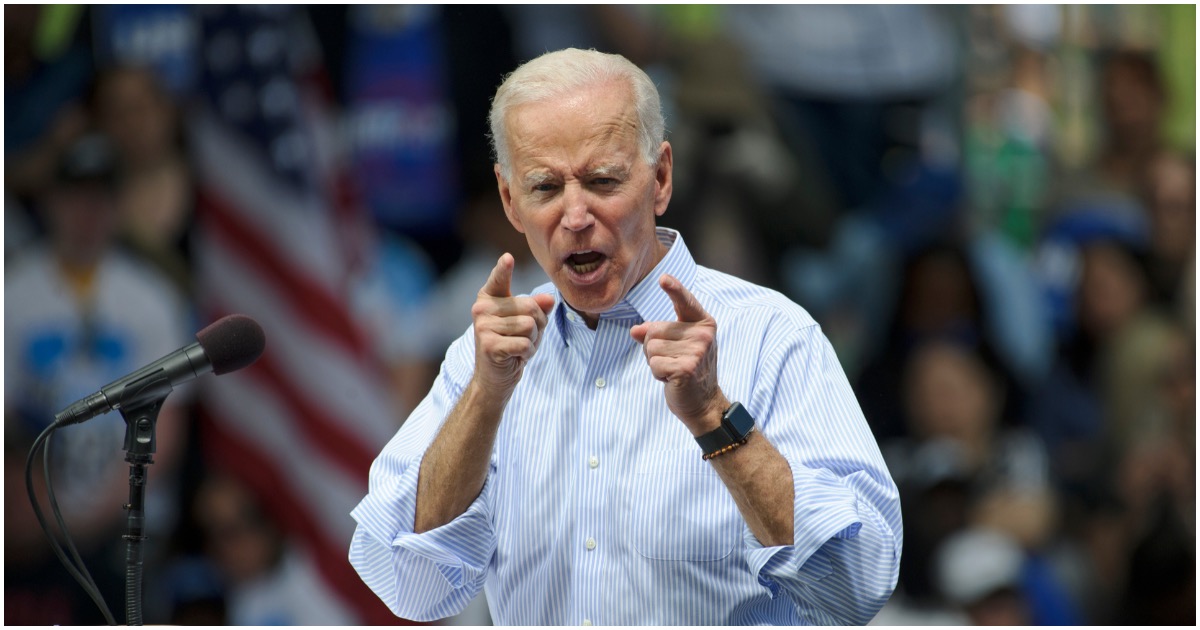 The following article, Joe Biden Spent Over $900,000 On Private Jets In Just the Last Three Months (Details), was first published on Flag And Cross.

Unless you’re new to politics, you know that Joe Biden is a hypocrite. But the same could be said for all Democrats. For example, they’ll preach until they are blue in the face about “global warming,” then turn right around and fly across the globe in private jets.

And the media isn’t about to call them out on it. Why would they? The MSM merely serves as the communications wing of the Democrat Party. They play for the same team. Anything to get Trump out of office!

Biden and his ilk aren’t likely to be taken seriously until they stop getting caught lying and doing things they say you and I shouldn’t be doing. But that day will never come. Ever.

Joe Biden burned through campaign funds at a fast clip over the past three months, ending the final quarter in 2019 with less than $9 million — after his team shelled out over $924,000 on private jets.

The former vice president’s war chest of $8.9 million was a small fraction of what his leading rivals have on hand, according to newly released filings on how much each of the 12 Democratic candidates raised, spent and have left in coffers.

That figure represents about one out of every 16 bucks his campaign raised — after taking in about $15.7 million and spending $17.6 million during that same period, The Daily Beast noted.

With his anemic fundraising haul, Biden’s total cash on hand is less than all of his main rivals for the Democratic nomination, including even California Sen. Kamala Harris ($10.5 million), whose polling has plummeted recently.

Trump hasn’t been perfect by any means but he has accomplished a lot in just two and a half years in office. Biden doesn’t see it that way, though.

He sees the presidency of “President Hump” playing out a little differently.