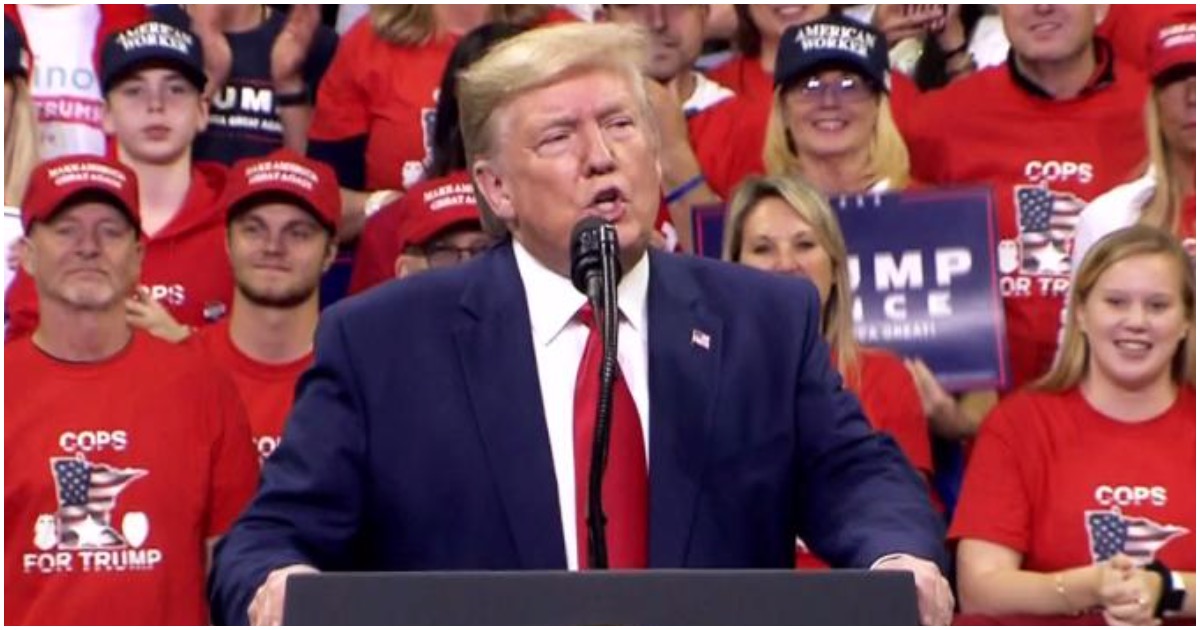 The American people are loving a booming economy. Why wouldn’t they? It’s also pretty great to see unemployment at record lows. It’s nice to know illegal immigration is decreasing – however slowly.

These things matter. These are the things 45 promised when he was a candidate and he has delivered. There’s no denying it, no matter how hard the left and the mainstream media may try.

President Trump on Thursday ripped Democratic presidential candidate Beto O’Rourke over guns and religious liberty during a campaign rally in his home state of Texas.

Trump hammered the former congressman over his recent proposals to confiscate certain types of firearms and suggestion that churches lose their tax-exempt status if they oppose gay marriage.

Trump noted of Beto, “Last week a very dumb Democrat candidate for president pledged to revoke the tax-exempt status of many churches and religious charities.”

He added, “That was after, a few weeks ago, he said, ‘Excuse me we’re going to take your guns away.’ And I called him right. Remember the flailing arms? Nobody noticed it. I noticed it. The flailer.”

More from the rally:

O’Rourke is failing rather impressively in all 2020 Democrat presidential polls.

He knows he has to do something drastic to keep his name in the spotlight. Might as well blame “racist” President Trump for the El Paso Walmart shooting that left 20 dead, right?

By this logic, Obama was responsible for all shootings that took place while he was president.

But that’s liberal logic, for ya.

Asked by news reporters whether the president was in some part responsible for the shooting, O’Rourke, who formerly served as the city’s mayor, responded firmly.

O’Rourke said, “Yes. We’ve had a rise in hate crimes every single one of the last three years. During an administration where you’ve had the president call Mexicans rapists and criminals.”

He added, “He is a racist, and he stokes racism in this country. It does not just offend our sensibilities; it fundamentally changes the character of this country and it leads to violence.”

#BREAKING I just asked @BetoORourke if @realDonaldTrump is at all responsible for today’s mass shooting in #ElPaso He said yes and added that in his opinion, the President is indeed a racist. @abc7breaking @ABC pic.twitter.com/wA3iB3uLFN

Check out something recent from Beto. It’s a humdinger!

He said, “We’ve got to remember that they are fleeing the deadliest countries on the face of the planet today. Compounded by drought that was caused, not by God, not by mother nature, but by us. Man-made climate change, our emissions, our excesses, our inaction in the face of the facts and the science. When it’s that deadly, and you’re unable to grow your own food to feed yourself, you have no choice but to come here.”

Democrat presidential candidate Beto O’Rourke: Migrants “have no choice but to come here” because of U.S. climate change “excesses” pic.twitter.com/y7v9SKBHvZ

Only a few thousand outside of the packed venue. Clearly Trump has no support.