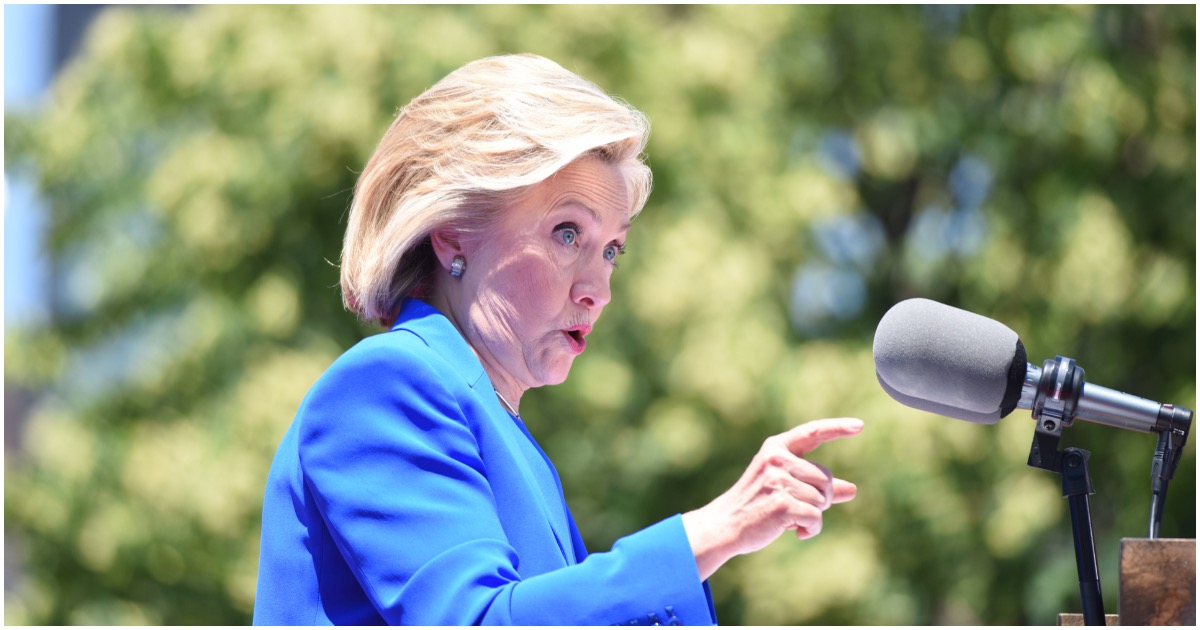 The following article, 38 People May Face Criminals Charges Now That State Dept. Has Completed Probe Into Hillary’s Emails, was first published on Flag And Cross.

Now that the State Department has completed an email deep dive, a whole bunch of people could be in big trouble. Like, 38 people.

Will Hillary be one of those people? There’s probably a good chance she won’t be. A very good chance. As usual, Hillary is likely to skate off into the sunset where she’ll be free to continue blasting America.

The State Department has completed its internal investigation into former Secretary of State Hillary Rodham Clinton’s use of private email and found violations by 38 people, some of whom may face disciplinary action.

The department determined that those 38 people were “culpable” in 91 cases of sending classified information in messages that ended up in Clinton’s personal email. The 38 are current and former State Department officials but were not identified in the report that was sent to Congress this week.

Clinton continues to come out in a full on assault on President Trump, this time going so far as to call him an “illegitimate president,” and then noting that this is something he’s “very insecure” about.

It seems Hillary is completely and totally incapable at this point, three years later, to move on from her massive loss, which really seems to have been a fatal blow to her ego, which is something she doesn’t want to live with.

Mrs. Clinton made the remarks on the daytime talk show “The View,” after co-host Joy Behar brought up the president’s “mental state.”

"He knows that he’s an illegitimate president and because of that — he’s very insecure about it."

"He's obsessed with the fact that he was helped a lot," in 2016. pic.twitter.com/jxlj6UePyf

Hillary is really desperate to make the president smart after that massive loss in 2016. It’s pathetic and a bit petty to still be clinging to that, but this is Hillary Clinton we’re talking about, so it shouldn’t probably be all that surprising.

She’s not exactly known for letting things go, unless it is somehow related to a scandal she’s connected to. Then she can’t get away from things fast enough.

At the end of the day, President Trump won the election fair and square. Hillary failed to win the states that would have won her the White House by believing she didn’t need the flyover state vote and thus not campaigning there. She found out just how wrong she was and now she’s bitter about it.

This ticks me off beyond means. Both Hillary and Obama are the largest culprits in this case and those who did send emails did so under Hillary’s direction. Obama knew she had classified information on her personal email server. Hillary ordered people to scrub her servers with acid and to try to destroy information. Both Obama and Hillary are the most culpable and the ones who should be investigated and send to federal prison. I am incensed that those who worked under Hillary are going to take the fall. I am so sick of the elites never being held responsible.

Actually could be quite interesting if some of those “staffers” were to be arrested & charged. Perhaps some of them would start pointing fingers at those in charge during the corruption and crimes….

That was my thought also. Let it Rip

Citizens want to see the Felonious…. Baby-Murdering Hag hung from her Cankles….!

The dems have to keep assaulting the president to distract from the investigations on them, so they can remain free and not jailed.

They are Democrats, nothing will happen. Being crooked is an accepted Democrat characteristic.

I think something should happen! A judicial hammer needs to be established! If not…civil war can happen!

Be sure to include Hillary and hag the old hag!

Guest
Hillary Clinton should be in jail she’s a traitor