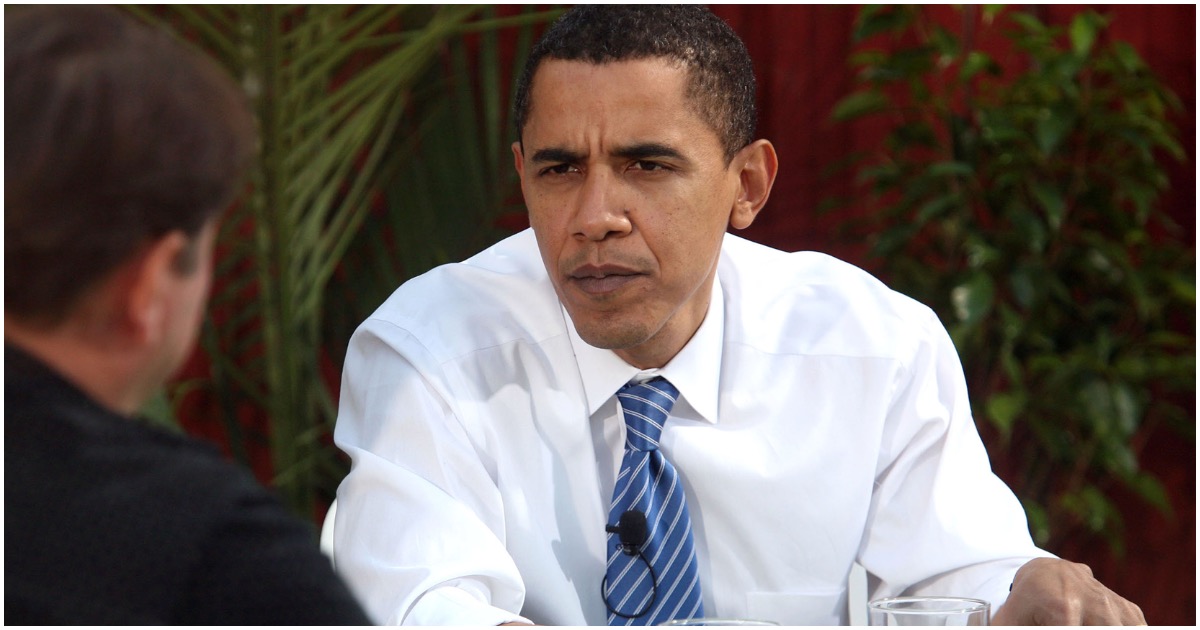 The following article, Flashback: Obama Sets Record By Mentioning Himself 467 Times During Single Speech, was first published on Flag And Cross.

Former community organizer Barack Obama was in Berlin, Germany meeting with Chancellor Angela Merkel. He also gave a speech on behalf of the Obama Foundation. Barack was always known for mentioning himself in speeches, but what he did recently set a new record with 467 references to…Barack Obama.

If you look up with word “narcissist,” there’s a decent chance Obama’s profile picture would be right along side it. Barack loves him some Obama. Maybe even more than the media did, which is almost hard to imagine.

America is now in a better place now that the Obama years are behind us. The health of the economy is enough proof and merely one example. Check this out, via Grabien News:

Here’s the breakdown of his personal pronoun use (based on a rush transcript of the event):

Obama noted, “It’s been over ten years since I spoke to a slightly larger crowd in front of the Victory Column when I was running for president. I had a little less gray hair then. And since then I’ve been back to Germany I think at least ten times. I’ve been to Europe countless times. But I’m as excited to be here with you as I have been ever when I’ve come to Europe.”

He added, “I mean, I will tell you that I don’t have a regular meditation practice. But I have my own tools I guess to take me to a certain place. For example, you know, particularly when I was your age I did a lot of writing and that would serve as a similar process for me where I would still myself and if I was writing well, it would take me out of myself, right?”

@CoryBooker: “We’re going to fight to get there. We can put the ideal out there … in other words, not sacrifice progress for purity.”

WATCH: Sen. Cory Booker says Democrats are putting “forth a vision” to fix the healthcare system #MTP #IfItsSunday@CoryBooker: “We're going to fight to get there. We can put the ideal out there … in other words, not sacrifice progress for purity.” pic.twitter.com/Mnp3a43JxW

obama was and continues to be the embarrassment of America. Cannot imagine how/why American voters put him in the Whitehouse, twice. If they wanted to vote for “the first black president”, why not find and vote for someone decent and for America….