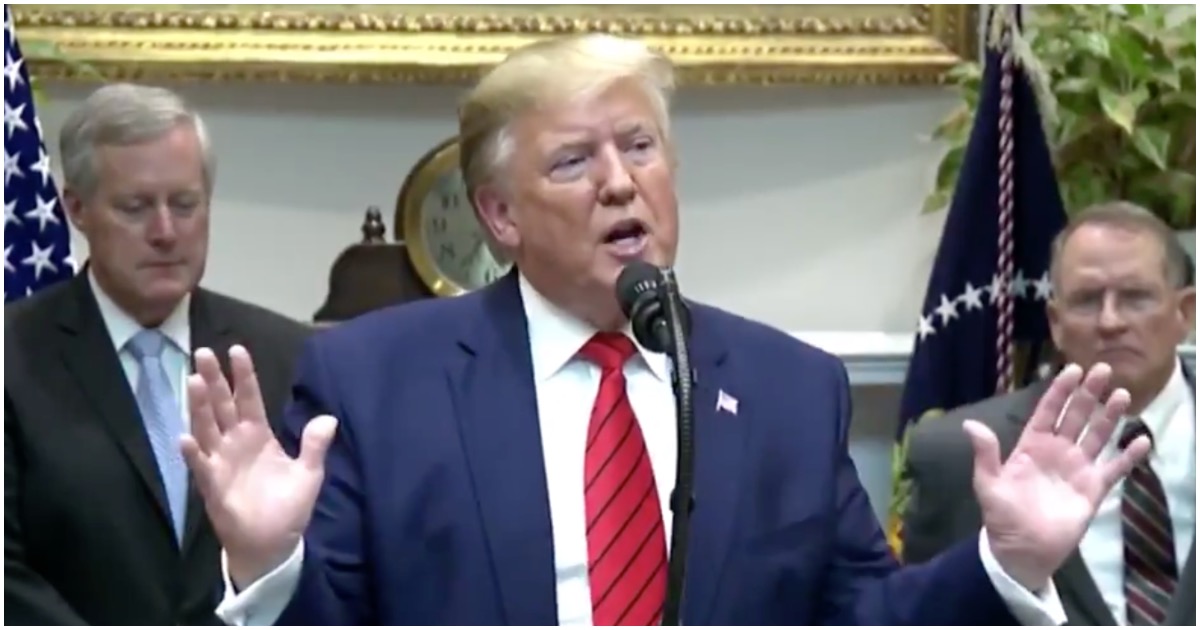 The following article, Trump Reveals Hardest Part of Being POTUS, Signing Letters to Parents of Deceased Soldiers [Video], was first published on Flag And Cross.

There’s no easy day when it comes to being president. Why anybody, on either side of the political aisle, would want the responsibility of being POTUS is a mystery to many people.

If there is one job in the entire world that is 24/7, it’s president of the United States. There are no off days. There’s no time to chill. It’s go, go, go, all day, all night.

When President Trump was asked the hardest part of the job, though, the answer seemed to come to him pretty easily. And his answer is devastating. George W. Bush once said something similar.

President Donald Trump revealed on Wednesday that the hardest part of his job is having to write letters to the parents of soldiers that have been killed and having to see the pain and suffering from the parents as they see their child returned to the United States in a coffin draped in a U.S. flag.

Trump’s remarks inside the White House come as the U.S. decided to pull its forces back from an area in Syria, which has allowed Turkish forces to invade the area where they are reportedly attacking the Kurds.

The hardest thing I have to do as President… pic.twitter.com/6bzwh78I00

Rashida Tlaib should be the host and star of Kids Say the Darnedest Things.

The radically far-left Michigan Democrat manages to say something silly on a regular basis and never seems to show remorse.

On Friday, Tlaib dropped a bomb…

Rep. Rashida Tlaib (D-MI) stated on Tuesday that House Democrats were discussing behind closed doors how to arrest the members of President Donald Trump’s administration who did not comply with congressional subpoenas.

She added, “What are we hoping? I mean, I’m not in those kinds of conversations, but I’m asking, like, you know, what happens? And they’re like, ‘Well, Rashida, we’re trying to figure it out ourselves because this is uncharted territory. ‘” No, I’m telling you that they’re trying to be like, ‘Well, where are we going to put them? Where are we going to hold them?’ No, I mean those are the kinds of things they’re trying to tread carefully.”