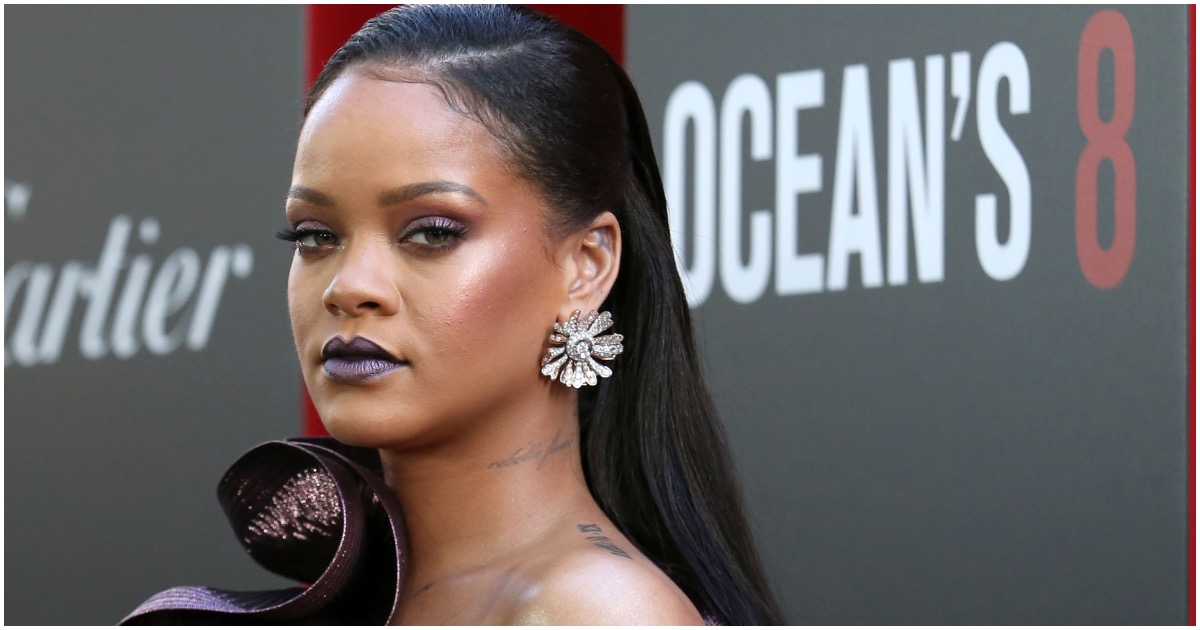 The following article, Singer Rihanna Says Trump Is ‘Most Mentally Ill Human Being In America Right Now’, was first published on Flag And Cross.

Rihanna isn’t exactly a Rhodes Scholar. She, like pretty much every single other person in the entertainment industry, really shouldn’t be commenting on politics when they don’t know what they’re talking about.

And yet, they persist. Rihanna and her ilk continue to say the darnedest things because according to the mainstream media, it means they are “woke.” Rihanna should be ashamed of her words about the president of the United States.

But she’s not. She doesn’t have to be. The media, Hollywood, and Congressional Democrats will back her up. And that’s the problem.

Pop superstar Rihanna has suggested that President Donald Trump is the “most mentally ill human being in America right now,” adding that the president’s response to the mass shooting in El Paso in August was “racist.”

She talks to Vogue about @savagexfenty, that album you’re waiting for, being happy in love, and, oh yes, she has a few choice words for the president.

She talks to Vogue about @savagexfenty, that album you’re waiting for, being happy in love, and, oh yes, she has a few choice words for the president. Read the full profile: https://t.co/y0smmdNoO2 pic.twitter.com/ftdLwRIY6L

John Cusack has starred in a number of solid Hollywood films over the decades.

However, Cusack now seems more concerned about being remembered as just another anti-Trump Hollywood star rather than the teenager who stood outside Diane Court’s house with a boombox over his head.

John is now saying that democracy is dead unless President Trump “rots in prison.”

Actor and left-wing activist John Cusack warned that democracy in the United States will not survive unless President Donald Trump is forced to “rot in prison.”

John Cusack then suggested that democracy in the United States would only survive if Trump serves time in jail, but did not specify for what crime he would be prosecuted.

The only way democracy survives him – is if he rots in prison
Let’s get on with it https://t.co/hcoYUe63c2

Cusack clearly suffers from Trump Derangement Syndrome. There’s no way around it.

A person in their sane mind does not wish a duly-elected president sent to prison unless a notable crime has been committed.

In Trump’s case, obviously, nothing bad has been done. Heck, there isn’t even any proof of Russia collusion – not that that would even be a crime.

Cusack should go back to school; PoliSci 101 teaches that the USA is a Republic, NOT a democracy…

Cusack is demonstrating for us what it would be like under a pure democracy,it would be mob rule,the founders said they have given us Republic if we can hold on to it,I don’t know why Hollywood is concerned about the rule of law,they have never kept it in the first place,they act like a bunch of wild asses in the heart of Africa,and then wonder why no one can stand their sorry butts.

Rihanna, show us your degree in psychiatry then we might think about believing you. Until then, maybe you should keep your mouth shut. Its amazing how actors, singers, and the hard left in our country believe they are the expert at determining the mental health of someone without having the proper credentials to evaluate them. Plus, even psychiatrists must evaluate someone personally before making a diagnosis.