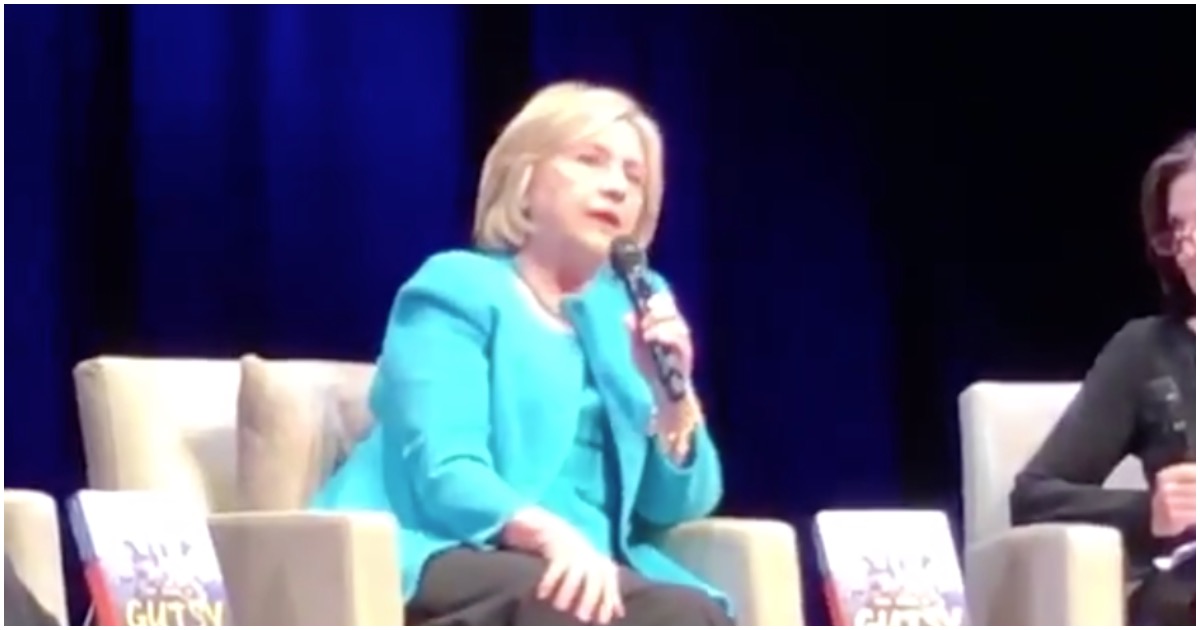 The following article, Hillary Lays Out Reasons for ‘Impeachment of Trump’ & Crowd Rises to Give Standing Ovation, was first published on Flag And Cross.

If Hillary Clinton has no plans too run for office yet again in 2020, why is she remaining so active?

Why must she remain relevant?

Does she need the attention?

If that’s the case, the uninformed are truly happy to oblige.

Hillary Clinton’s book anti-Trump tour continues and after she made a succinct case for President Trump’s impeachment, the audience responded with a standing ovation.

Appearing alongside her daughter, Chelsea, to promote their new book “Gutsy Women” at George Washington University, Hillary said, “All bets are off if foreign governments think they can tilt the playing field as they did against me which was a deliberate, well planned effort laid out in indictments against Russian military actors and their allies.”

Hillary Clinton receives standing ovation after laying out reasoning for impeachment of Trump.

During a recent event, the twice-failed presidential candidate likened circumstances of Trump’s America to Nazi Germany.

Clinton mentioned fascist dictators Adolf Hitler and Benito Mussolini and, although she never explicitly used Trump’s name, she referenced him quite frequently during her speech and repeated a few accusations against him, including Russian interference in the 2016 presidential election and obstruction of justice.

Hillary barked, “I think with the rapidity with which information can be conveyed today because of the internet, it is an even more dangerous set of circumstances…”

Continue reading: Hillary Lays Out Reasons for ‘Impeachment of Trump’ & Crowd Rises to Give Standing Ovation ...