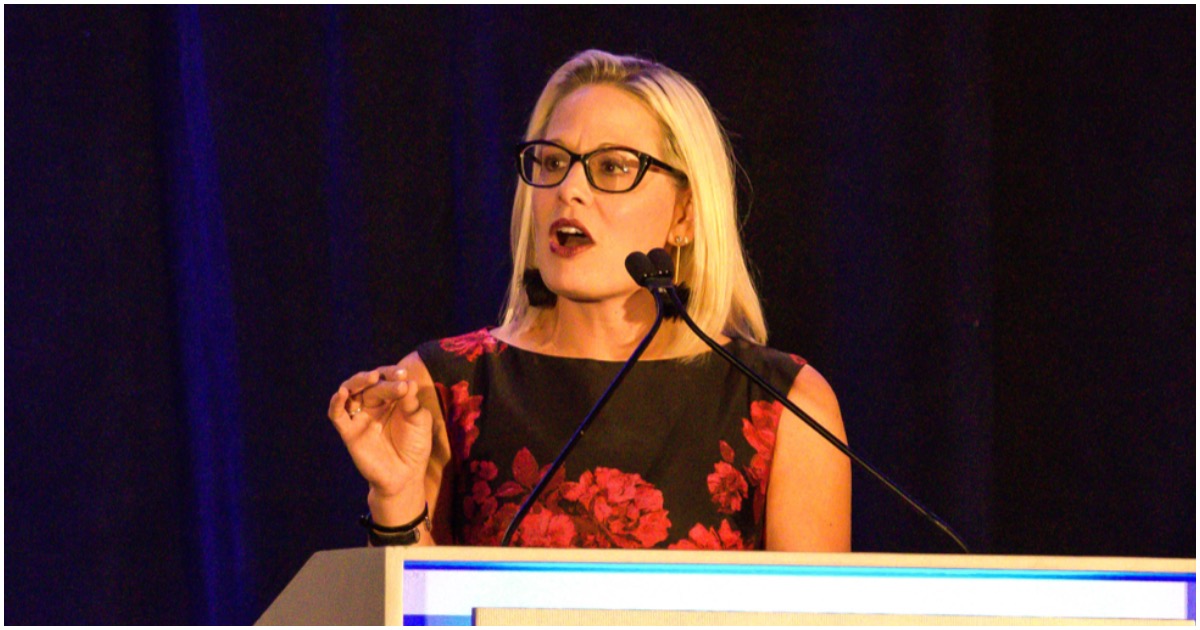 The following article, ICYMI: Dems to Vote On Censuring Democrat Senator Because She Agrees With Trump Too Much, was first published on Flag And Cross.

The openly bisexual member of Congress actually agrees with President Trump quite often.

In fact, it’s happening too often.

Sen. Kyrsten Sinema is facing a censure vote from the Arizona Democratic Party, brought by progressives who deem her politics too accommodating to President Donald Trump at the expense of Democratic values.

Sinema, D-Ariz., built a moderate political brand during her three terms in the House of Representatives, which has extended to her early days in the Senate. According to the FiveThirtyEight Trump Tracker, she has opposed Trump while in the Senate 81% of the time. In the House, she supported Trump’s agenda 54% of the time.

While Sinema’s political centrism has earned her Republican support, it has grated on progressives — some of whom silently protested her during a state fundraising dinner in downtown Phoenix. Democratic state committeemen will consider the resolution on Saturday, at the Arizona Democratic Party’s quarterly meeting.

Eric Holder, the only cabinet-level member in history to be held in contempt of Congress, once paraphrased Michelle Obama by saying, “When they go low, we kick ’em.”

Sinema must’ve taken Holder’s words to heart, as she bashed her state left and right while running for Senate.

Continue reading: ICYMI: Dems to Vote On Censuring Democrat Senator Because She Agrees With Trump Too Much ...