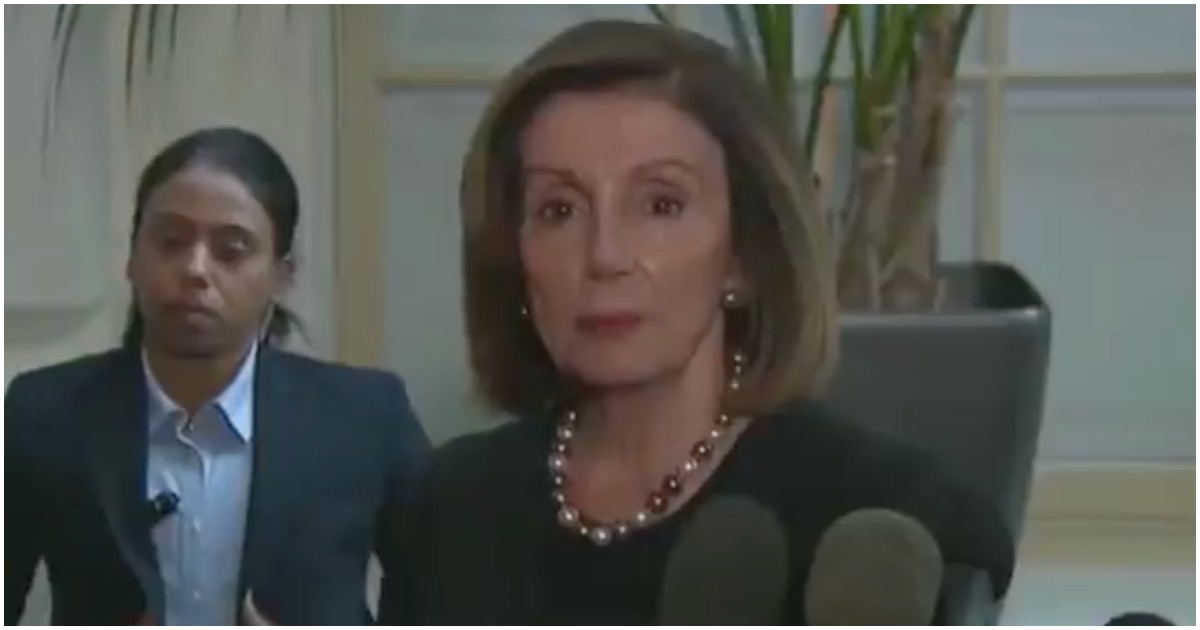 The following article, Pelosi Admits She Didn’t Read Trump’s Ukraine Transcript Before Pushing for Impeachment Inquiry, was first published on Flag And Cross.

Donald Trump is guilty in every setting regardless of the facts.

Those are the rules Democrats play by. And that’s the reason Trump will win re-election in 2020.

By deeming everything POTUS does “an impeachable offense,” the term has lost all meeting.

Trump slammed Nancy Pelosi pretty hard on Wednesday and for good reason. She’s really not the Speaker of the House as she is being led by the even more radically far-left wing of her evil party.

Check out what Nancy admitted…

Democrat House Speaker Nancy Pelosi slammed President Donald Trump’s phone call with Ukraine on Wednesday immediately after admitting to reporters that she has not even read the transcript of the phone call.

Pelosi stated, “I haven’t seen it. But the transcript is, uh, the fact is, that the president of the United States, in breach of his constitutional responsibilities, has asked a foreign government to help his political campaign at the expense of our national security.”

Even though Pelosi (D-CA) made a big announcement about looking into formally impeaching Trump, nothing is going to come of it.

There can’t really be a formal investigation until the House votes. And the House hasn’t voted.

So, there you go.

The White House released an unreacted transcript of Trump’s talk with the president of Ukraine. It showed no malfeasance.

It was also reported that an inspector general document showed that the Ukraine phone call whistleblower had “political bias” in favor of a Trump rival candidate.

Scotch Sloshed Vile Hag also said …! I didn’t read it before I knew what was in it….! You have to walk away and read it through the Bar Fog….!

Just like Obamacare — pass it and then read it. That seems to be her MO — oops, is that racist. Pelosi should be removed as Speaker of the House if she charges ahead without looking at the evidence, but then, that would not meet the Dems goal of removing Trump because Hillary didn’t win. And that has been the focus from the day he won the election. They cannot tolerate someone they cannot control. Hopefully voters see what the Dems are pulling, at least the legal voters.