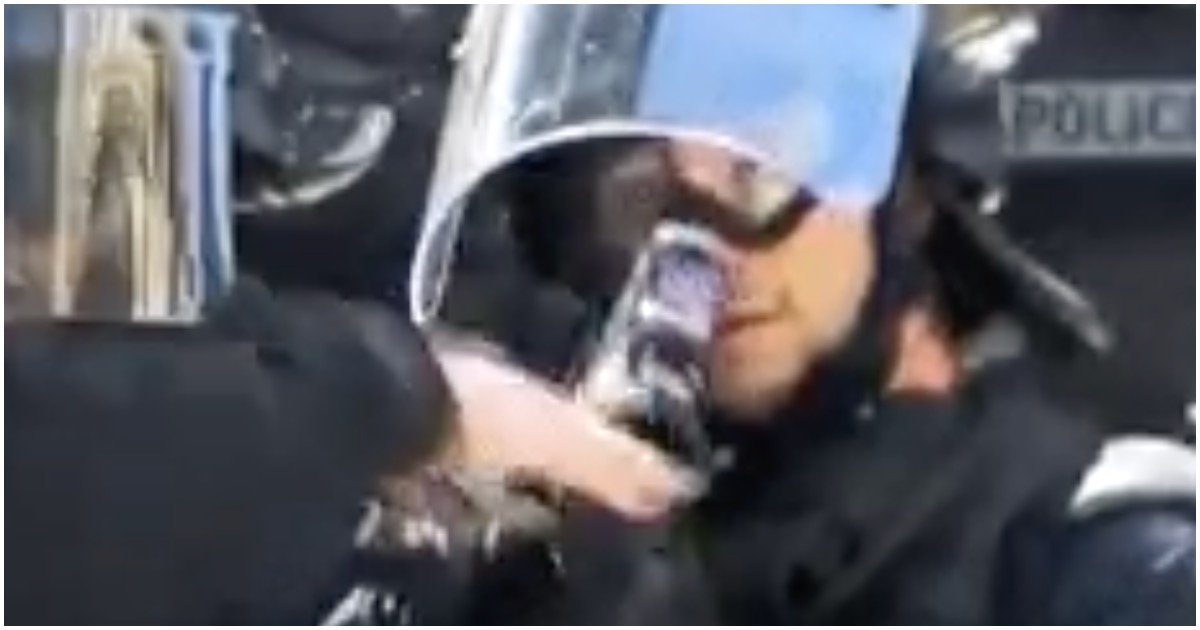 The following article, Protester Caught On Camera Reaching for Police Officer’s Gun, & He Got Socked In the Face, was first published on Flag And Cross.

Not sure of the country. Not sure why it happened.

But none of that really matters.

Just watch the GIF and know that reaching for a police officer’s gun is never a good idea.

I could watch this forever pic.twitter.com/aNJzXS2KWO

Seriously, how did he think a cop was going to react to him grabbing the cops weapon?

I love that it plays on repeat, I could sit here and watch that all day long!

the is the best outcome when Beto tries to take everyone's guns – worst outcome, well, you can imagine…

Okay, so it happened it France…

So apparently this is in France and that’s a LBD40 Riot Gun… pic.twitter.com/YzLkpCKxMC

Every member of the fascist group Antifa needs to be locked up or just sent to an island somewhere until they can understand how good they have it in America.

Here’s yet another article featuring Antifa wildin’ out…

“Shoot yourselves. Suicide is the only way out!”

Middle-age man was maced and beaten by an antifa mob. He was knocked unconscious to the ground. His partner or spouse was trying to protect him as mob still surrounded them. No police. #PortlandProtests pic.twitter.com/eAhrMSEKU1

Man was beaten and maced by Antifa. He wandered off dazed and bloodied and collapsed in a parking lot. No authorities have helped him yet. #PortlandProtest pic.twitter.com/Jq36rhAF22

Continue reading: Protester Caught On Camera Reaching for Police Officer’s Gun, & He Got Socked In the Face ...