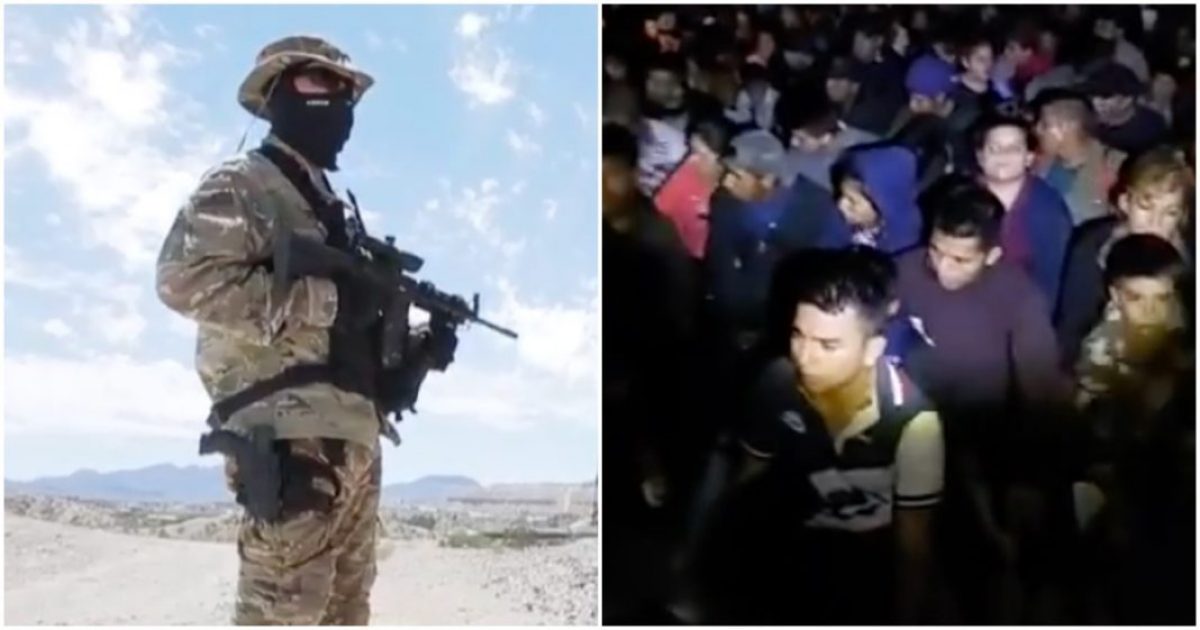 The following article, FLASHBACK: Volunteer Militia Detains & Hands Over Hundreds of Migrants to Border Patrol, was first published on Flag And Cross.

Border Patrol agents can only do so much, despite all the work President Trump is trying to accomplish when it comes to illegal immigration.

That’s why a group called “United Constitutional Patriots,” made up mostly of volunteers, are acting independently to defend the southern border.

UCP has recently apprehended hundreds of migrants and turned them over to Border Patrol.

Videos posted online purportedly showing migrants held by the United Constitutional Patriots group and handed over to the US Border Patrol drew swift condemnation from the American Civil Liberties Union of New Mexico.

Attorney General Hector Balderas of New Mexico noted, “My office has been informed that this week, an armed group has detained nearly 300 people near Sunland Park, New Mexico. These individuals should not attempt to exercise authority reserved for law enforcement.”

Here’s a video on what UCP stands for and what they do:

Another video of migrants being handed over:

The mayor of Yuma, Arizona has a big announcement.

The mayor of Yuma, Arizona, has declared a state of emergency, saying his city doesn’t have the resources to respond as the Border Patrol releases a growing number of migrants from custody.

Mayor Doug Nicholls noted, “There’s an imminent threat of having too many migrant releases into our community, and it’s above our capacity as a community to sustain.”

Nicholls told reporters he’s looking for a “FEMA-type response” to help his city deal with the influx.

He added, “FEMA shows up at disasters all the time. This isn’t a natural disaster, but it is a disaster either way,” he said. “Their resources could come in and take care of the situation and would effectively handle that.”

The fact that Democrats are still fighting to keep the border open to all-comers is not a good sign of things to come.

Jeh Johnson, secretary of the Department of Homeland Security in the Obama administration, isn’t exactly making new friends among his progressive peers.

Jeh went on Fox News to let all Democrats in on a secret that Republicans have been shouting for quite some time.

Johnson noted, “This is, in my view, having owned this problem for three years, first, I know what a thousand a day looks like. I saw it myself at border patrol holding stations. I cannot begin to imagine what 4,000 a day looks like. It must overwhelm the system.”

He added, “I think we have to get away from Democrat vs. Republican, crisis vs. no crisis. This is a crisis by any measure, and the solution inevitably is bipartisan. It has to be bipartisan. It requires a change in law.”

Homeless Americans and people in poverty always take a back seat to illegal aliens in liberal circles.

Taking care of their own should be priority number one, but that is certainly not the case.

It is now being reported that over $300 million taxpayer dollars went to attorneys defending illegal aliens during Barack Obama’s eight years in office.

So, were these illegal removed from America or merely allowed to stay, sign up for welfare, and then registered to vote????