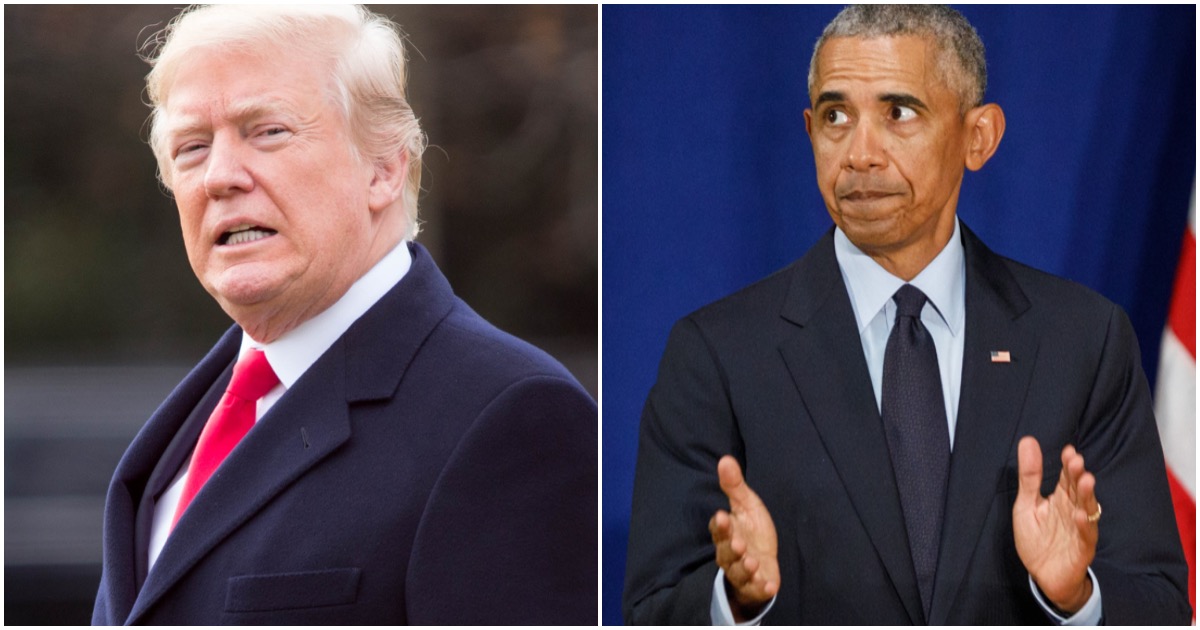 Democrats can continue to shout about how awesome Barack Obama was as president.

They are simply lying to themselves but it obviously helps them sleep at night.

What’s funny is that for how awful a human being Donald Trump is, his approval rating is looking pretty darn good when placed next to Barry’s.

While President Donald Trump has continued to struggle in many national approval polls, according to the daily tracking poll produced by Rasmussen — one of the most reliable U.S. pollsters — after taking a dip in the polls, Trump’s back up to nearly his highest mark in the last two years — and tracking better than President Barack Obama at the same point in his presidency. Obama would go on to easily win re-election against Republican Mitt Romney, while early head-to-head polls indicate that Trump is going to have a steeper hill to climb.

While Trump is +1 on overall approval, he’s still behind among those who feel “strongly” one way or the other. “The latest figures include 35% who Strongly Approve of the job Trump is doing and 41% who Strongly Disapprove,” Rasmussen notes. “This gives him a Presidential Approval Index rating of -6.”

There’s definitely something wrong with the 2020 Democrat “frontrunner” at this point. The guy is just not in control.

He can’t remember the simplest details and he’s even starting to make stories up out of thin air. Heck, even David Axelrod called him out for being such a goof.

But to not recall who was president before Trump?

Is this dude for real?