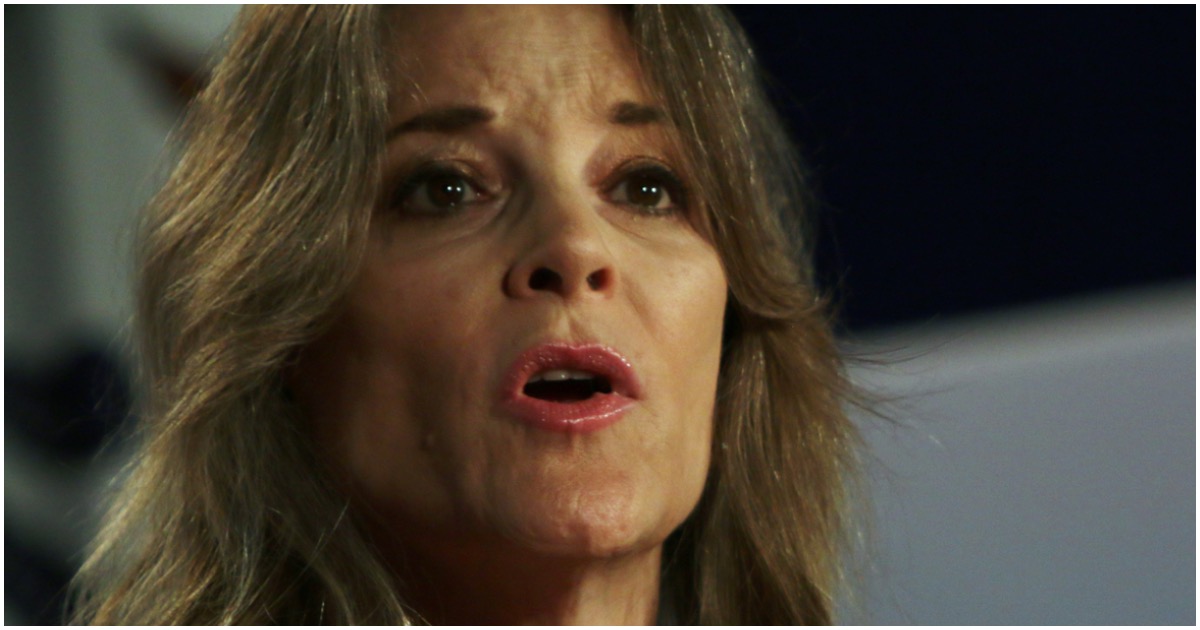 When Democrats are honest, they’re often attacked by people who vote for them.

Spiritual guru and 2020 Democratic candidate Marianne Williamson was caught on a hot mic saying conservatives are ‘nicer’ to her than the left.

In an audio recording released from an interview last week, Williamson sounded off on the hostility she has faced from the political left.

.@marwilliamson: “What does it say that the conservatives are nicer to me? I’m a serious lefty but they are so — I understand why people on the right called them godless — I mean, it’s like, I didn’t think the left was as mean as the right, they are.” pic.twitter.com/0iXkWPRdAW