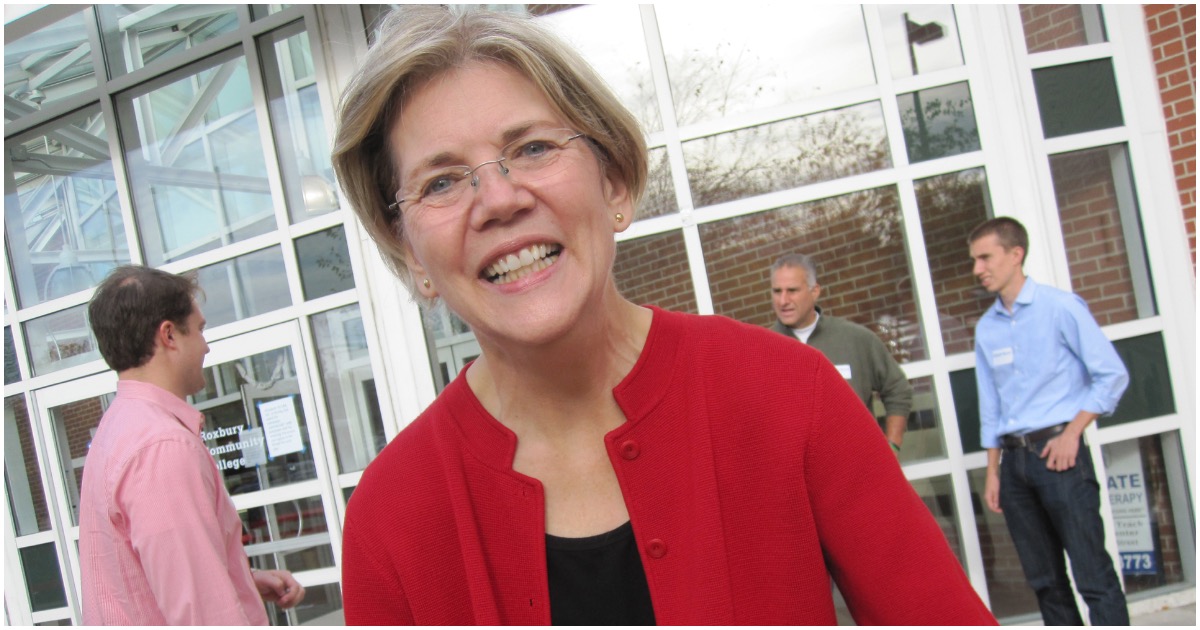 2020 Democrat presidential candidate Elizabeth Warren loves her country so much that she wants to destroy everything it stands for and start over.

But the same could be said for all Democrats, running for office or not.

Sen. Elizabeth Warren (D-MA) unveiled another key aspect of her progressive agenda hours before the third Democrat presidential debate in Houston, Texas, proposing Thursday to raise Social Security benefits by $200 per month and pay for it by raising taxes on the “rich.”

Warren – who has largely driven her campaign on the unofficial slogan “I have a plan for that” – unveiled her plan to expand Social Security benefits.

Check out Warren at the Democrat debate, refusing to rule out gun confiscations…

During an interview with Anderson Cooper, Warren appeared to not know how many branches of government there are.

Might be kind of important for a presidential candidate to know this.

Cooper: “Do you ever think, look, the realistic end game is that Republicans get two thirds of what they want and the Democrats have to settle for the shorter straw? Is that how the balance of power really works?”

Warren: “Well, let’s talk about the balance of power. There are two coequal branches of government, the president of the United States and the Congress.”

There are 3 equal branches of government: executive, legislative, judicial pic.twitter.com/ARHJsmII2B

Of course, the three branches of government are legislative, judicial, and executive.

Democrat Socialist Congresswoman Alexandria Ocasio-Cortez had a similar “branches of government” problem not long ago.

Is there a patern here?

President Trump recently trolled Warren harder than he ever has.

If Elizabeth Warren, often referred to by me as Pocahontas, did this commercial from Bighorn or Wounded Knee instead of her kitchen, with her husband dressed in full Indian garb, it would have been a smash! pic.twitter.com/D5KWr8EPan

Best line in the Elizabeth Warren beer catastrophe is, to her husband, “Thank you for being here. I’m glad you’re here” It’s their house, he’s supposed to be there!