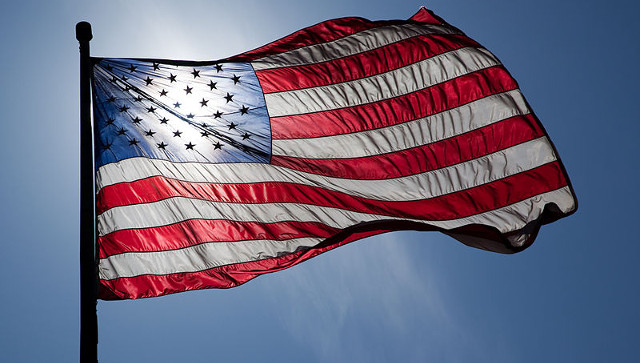 The following article, University Of Alabama Dean Steps Down After Tweets About American Flag Uncovered, was first published on Flag And Cross.

We live in a day and age where being a fan of the United States and supporting your country by flying the flag that represents all it stands for is grounds for public shaming and even worse consequences.

However, every once in awhile, the opposite happens. Someone gets caught bashing the flag and immediately they end up regretting the high price they pay for their disdain.

Such is the case with the dean of the University of Alabama, Jaime R. Riley, who just stepped down from the post after some tweets about the flag were uncovered.

Riley’s resignation Thursday came after images of past tweets from Riley resurfaced — one of which tied the American flag and police to racism and another that said white people can’t experience racism, the paper said.

Chris Bryant, assistant director of the Division of Strategic Communications, added in his statement regarding Riley’s resignation that neither he nor the university “will have any further comments,” the paper said.

“The [American flag emoji] flag represents a systemic history of racism for my people,” Riley wrote in a September 2017 tweet. “Police are a part of that system. Is it that hard to see the correlation?” 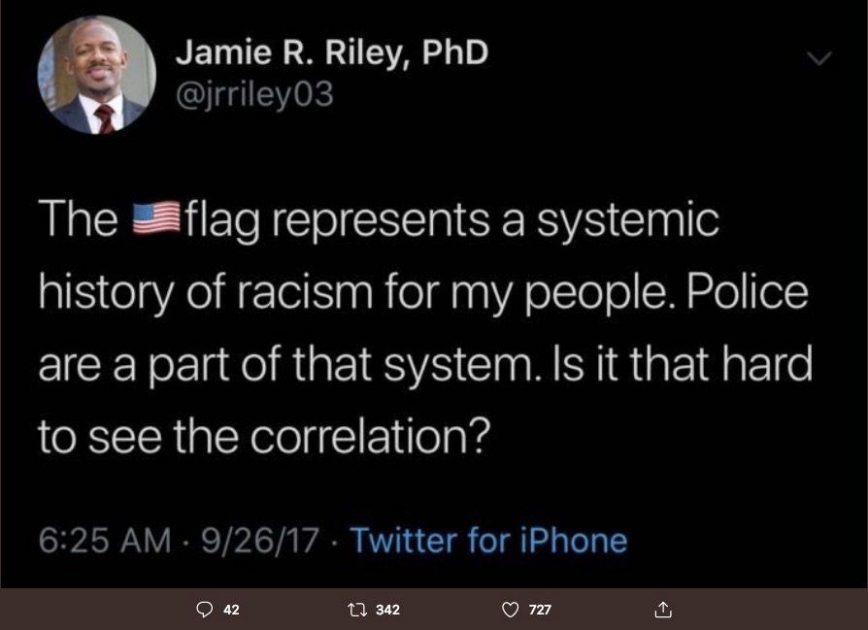 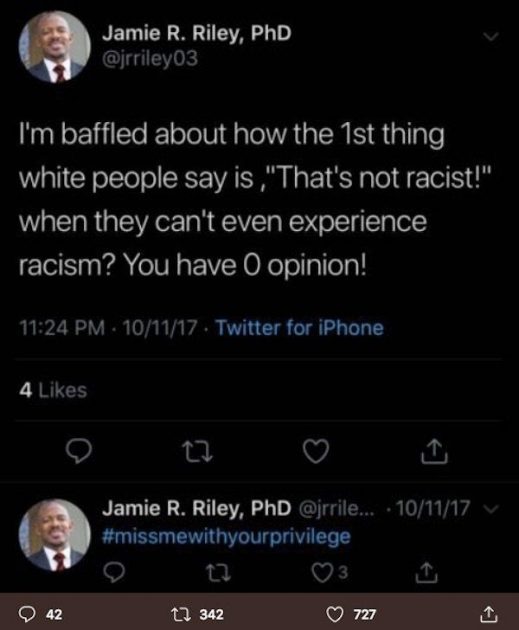 Many folks around the Internet, including tons of conservatives, don’t feel like Riley should’ve lost his job over the flag incident. 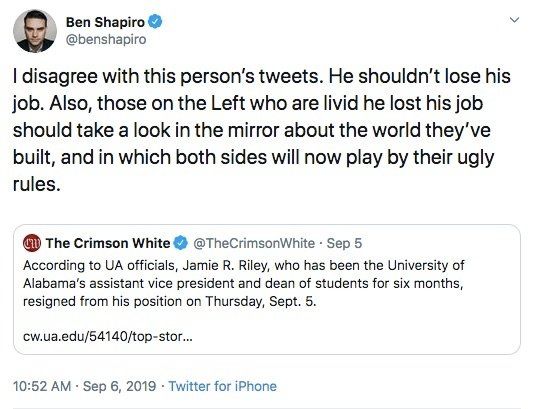 Shapiro is right on the money here. We live in a country where freedom of speech is a principle that we should all be able to agree with and stand up for. Unfortunately, the left has been hostile on speech and has played by such hateful rules, that no both sides of the battle are fighting dirty.

This isn’t healthy or productive for our divided nation right now. We all need to learn to respect each other’s views, even if we disagree. That’s how hearts and minds are won and the truth rises to the top.

Here’s to hoping we all learn from this situation and start practicing some real tolerance.