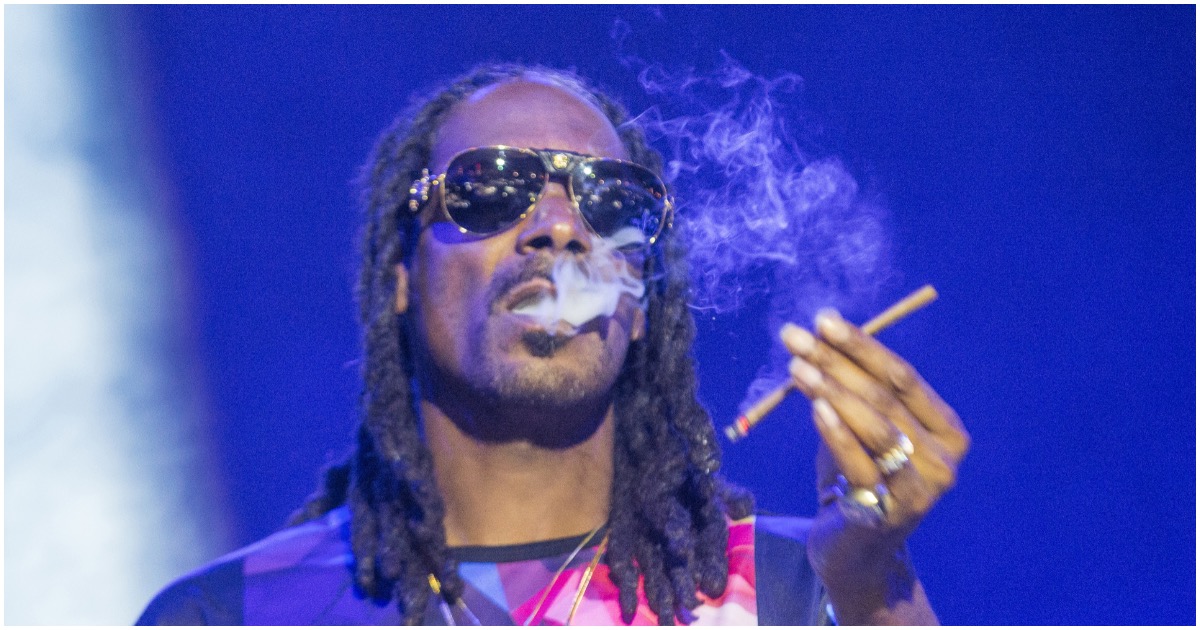 He’s a former drug dealer and gangbanger who has pocketed more money than most people could ever imagine doing what he loves to do, but anti-Trump rapper Calvin Broadus still finds time to bash America regularly.

The cover to his 2017 album takes things one step too far.

Kids, this is your brain on drugs.

The since-deleted picture, which lives on in screenshots, depicted Snoop Dogg wearing a blue hat looking over a lifeless body draped in an American flag with a toe tag reading “TRUMP.”

The rapper’s publicist told Variety his album has already been released with a different cover. The new graphic features a blue baseball cap reading, “Make America Crip Again,” clearly alluding to Trump’s red hats with his “Make America Great Again” campaign slogan. The EP’s original artwork appears to be a reference to Ice Cube’s 1991 album “Death Certificate,” which showed the rapper standing over the corpse of Uncle Sam.

More from the classless Dogg…

Snoop Dogg On Trump: “I Don’t Know What A President Is Supposed To Do Now” https://t.co/fmCuMcNbMG pic.twitter.com/iTciNi4TFp

if u try this in nigeria kirikiri jo soapy pic.twitter.com/AYsqEZInSk

No one remembers or even knows who this Ugly nappyheaded serf/lackey even is! He is a throwaway gerrycurled clown that once was known among other blacks….Not anymore…he’s a loser and a washup has-been!