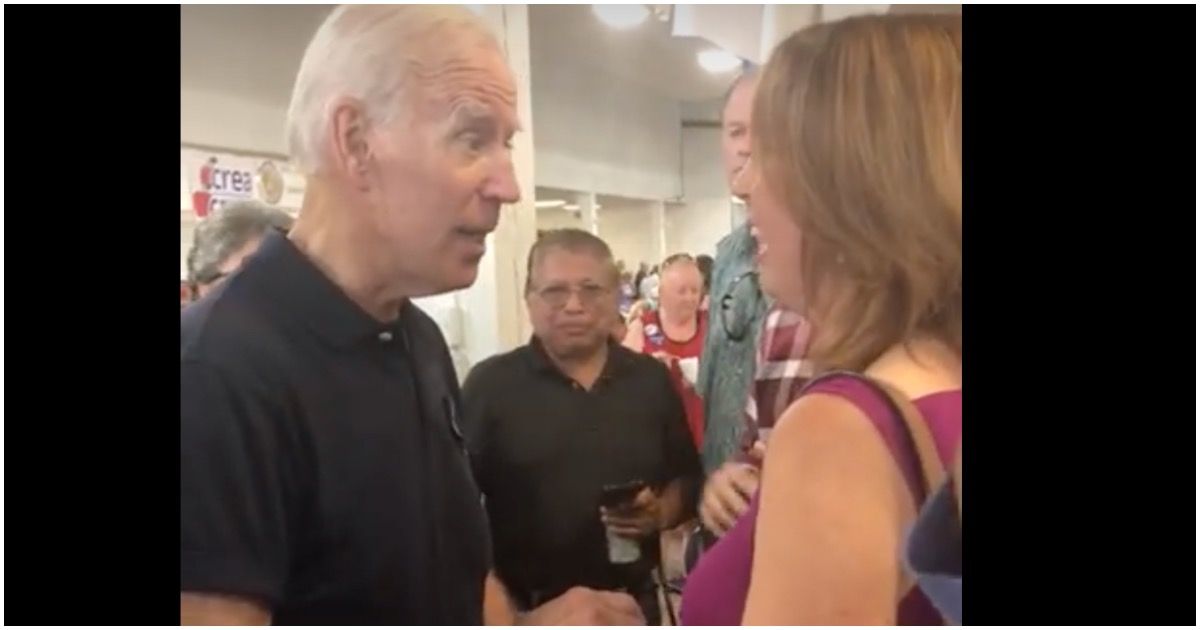 The following article, Biden Grabs Woman’s Hand When She Asks A Question, & She’s Not Happy At All [VIDEO], was first published on Flag And Cross.

Touchy-feely Joe Biden was back in action in Iowa.

You’d think he’d have learned by now, considering all the complaints. But no.

Joe’s gonna do Joe and he doesn’t care who’s in the way!

Check this out, from Breitbart:

Former Vice President Joe Biden was rebuffed after trying to grab the hands of a younger woman in Iowa earlier this week, while talking to her about his candidacy.

Video of the incident, which was published by the Washington Examiner on Friday, shows Biden talking to the 41-year-old special needs educator about his plans for strengthening collective bargaining rights for teachers in states like Iowa. After a short back and forth, Biden grabs the woman’s hand and clutches it firmly throughout the rest of the conversation.

The woman said, “I think that he means well but, you know, he grabbed my hands right away and that was really uncomfortable,” she said. “He was very close and, in my mind, I’m like, this is part of our problem: Not recognizing that you need to ask first, or can I shake your hand? Not just grab your hands and hang onto them. That bothers me.”

Continue reading: Biden Grabs Woman’s Hand When She Asks A Question, & She’s Not Happy At All [VIDEO] ...