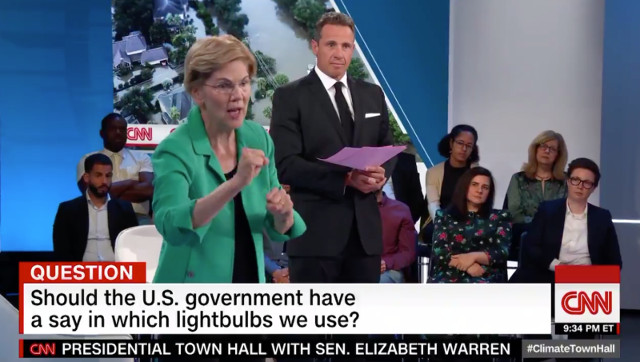 CNN, the unofficial propaganda arm of the Democratic Party thought it would be a wonderful idea to put on a town hall event focused on the topic of climate change.

However, if the ratings are any indication of what the general public thinks or feels about the issue itself, the left would be wise to stop harping on this particular topic and move on to something folks actually care about.

This whole thing was a massive dumpster fire for the flailing network.

The seven hour event was crushed in the 5 p.m. time slot until midnight by Fox News. And the news only gets worse from there.

Fox News also had no special programming for the night.

Even MSNBC did better than CNN, with 1.6 million viewers on average.

It seems that the vast majority of Americans know this whole thing is a bit of a scam. It truly is. The whole climate change issue is about redistribution of wealth and gaining power over the means of production by using regulations to force companies to get with the liberal agenda or else.

Perhaps the left will get the picture soon enough and drop this nonsense. Probably not.