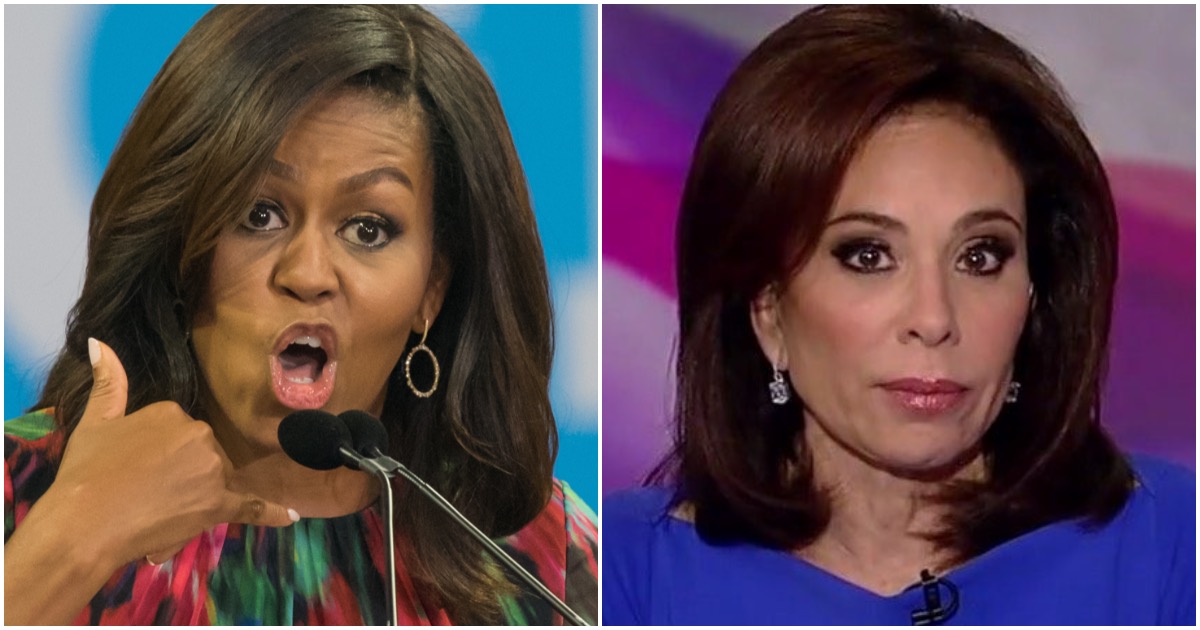 Michelle Obama’s memoirs did well on the bestseller list for a good while when it first came out.

But like with everything at the top, it eventually comes down.

But don’t tell that to the New York Times.

There’s a mismatch between the rankings on the New York Times bestseller list and NPD Bookscan, the leading book-sale tracking service.

Statistics shown to Breitbart News by an NPD Bookscan subscriber show that in the past week, Judge Jeanine Pirro’s book has dominated the competition in terms of weekly book sales, with 26,950 books sold in launch week.

Like, smarter than every person she’s ever been around.

While in London not long ago, Michelle’s arrogance was on full display.

Michelle: “We mistakenly thought that Barack Obama was going to erase hundreds of years in history in eight years—that’s ridiculous to think that could happen.”

MORE GOVERNMENT CONTROL AND MANIPULATION! THE GOVERNMENT BY SWAMP AND DEMOCRAT, SOCIALIST AND LIBERAL WANT YOU BRAIN DEAD!

The defrocked 1st Horilla sure is Beautiful…. Elegant… Gorgeous….! NOT….!