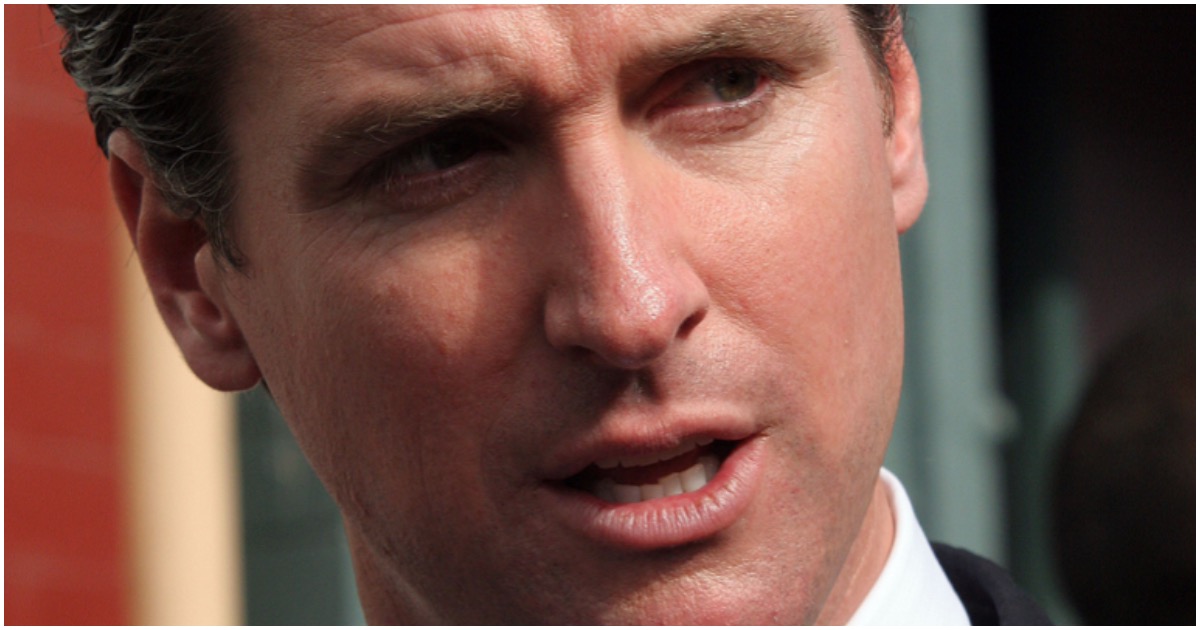 The following article, California Governor Signs Bill That Allows Citizens to Refuse to Help Cops In Distress [Details], was first published on Flag And Cross.

The land of fruits and nuts.

It’s a scientific fact. Don’t look it up.

California Gov. Gavin Newsom, a Democrat, on Tuesday signed a bill that no longer requires any “able-bodied person 18 years of age or older” in the state to help an officer who requests assistance during an arrest.

The Sacramento Bee reported that the old law, the California Posse Comitatus Act of 1872, was common in the country’s early days, but Sen. Bob Hertzberg, a Los Angeles Democrat who sponsored the bill, called the old law a “vestige of a bygone era.” The law was employed to help catch runaway slaves, the report said.

The old law made it a misdemeanor that carried a fine of up to $1,000 for refusing to help a police officer who requested assistance during an arrest.

California Senator Kamala Harris remains somewhat at the top of the 2020 Democrat presidential field for one simple reason: someone has to.

When everyone running for office is awful, someone has to fill the spot behind frontrunner Joe Biden.

Check out Kamala getting told off by an elderly woman…

An elderly woman living in a nursing home blasted Democrat presidential candidate Sen. Kamala Harris (CA) over her health care plan on Monday during a campaign stop at the Bickford Senior Living Center in Muscatine, Iowa.

WOMAN: “Can I ask you a question? I understand that you are advocating health care for everyone.”

HARRIS: “Well, we’re going to pay for it. Because right now, let me tell you something, we’re all paying for health care for everyone–”

Oh lord. Kamalas face when she looks at reporters… so condescending. Makes my blood boil

So condescending. Sick of her non accomplishments and flip flopping. In California my vote is useless.

This is great. Old people don't give a crap!

She had the hands on her hips and the phony smile at the end of getting dressed down. Only thing missing was the shaking finger. Could she be more condescending, phony, or unlikeable?

What is next? A call to citizens and illegal aliens to attack police officers?????