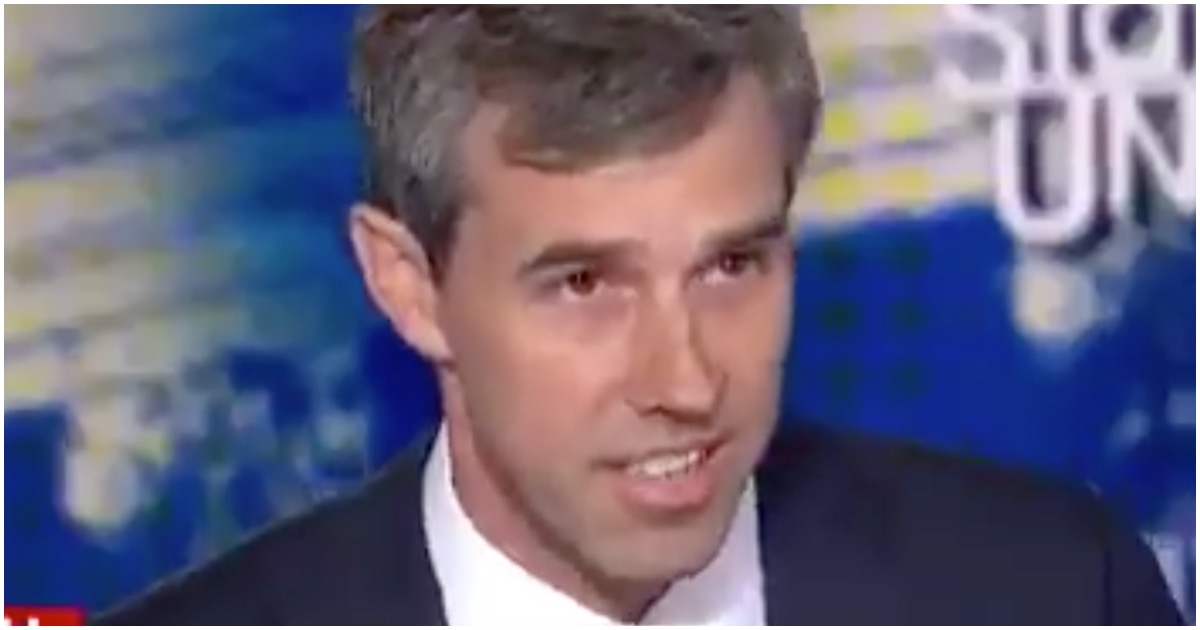 The following article, WATCH: Beto Spews Profanity Live On CNN, Then Claims There Are 300 Mass Shootings A Year, was first published on Flag And Cross.

When you’re so left that you can’t see straight, you lie repeatedly.

Robert Francis “Beto” O’Rourke is all the way left.

While on CNN, not only did the beta-male drop the F-bomb like it was no big deal but he then dropped a whopper of a falsehood.

-There are not “300” mass shootings in the U.S. per year, there have been 167 mass shootings since 1966: https://www.washingtonpost.com/graphics/2018/national/mass-shootings-in-america/ …

And he’s fundraising off of his stupidity.

Putting all of this in one tweet instead of thread. Beto campaign now selling “This is F*cked Up-End Gun Violence” t-shirts. Noted in the description: “100% of the proceeds from the sale of this item will be shared equally between Mom's Demand Action and March for Our Lives.” pic.twitter.com/cTqKVh8ELY

In the ongoing Democrat battle regarding who can say the silliest sentence, O’Rourke might be winning.

It’s close, to be certain.

Biden, Bernie, Kamala, Warren, de Blasio, Castro – they’re all up there, too.

But check out Beto’s latest.

He said, “We’ve got to remember that they are fleeing the deadliest countries on the face of the planet today. Compounded by drought that was caused, not by God, not by mother nature, but by us. Man-made climate change, our emissions, our excesses, our inaction in the face of the facts and the science. When it’s that deadly, and you’re unable to grow your own food to feed yourself, you have no choice but to come here.”

Democrat presidential candidate Beto O’Rourke: Migrants “have no choice but to come here” because of U.S. climate change “excesses” pic.twitter.com/y7v9SKBHvZ