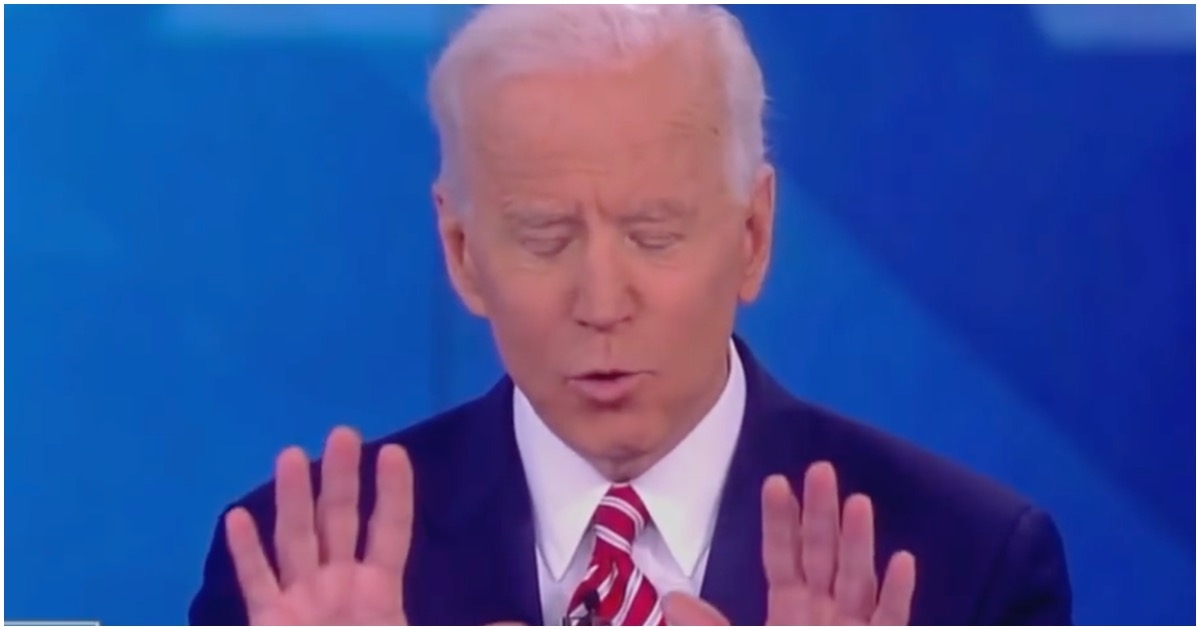 The following article, FLASHBACK: Biden Says Not A ‘Whisper of Scandal’ In Obama Admin, But He Forgot About These 15, was first published on Flag And Cross.

Her administration for Barack Obama is completely sickening.

That’s not the point, though.

While appearing on the daytime gabfest, former VP and current 2020 presidential candidate Joe Biden says he’s proud that there wasn’t a “whisper of scandal” in the Obama White House.

-FAST & FURIOUS – The illegal sale of guns to drug dealers, resulting in the death of Border Patrol Agent Brian Terry.

-HILLARY PAY TO PLAY during her tenure at the State Department

-VETERANS ADMINISTRATION – Long wait times and poor conditions that resulted in the deaths of countless veterans.

-LORETTA LYNCH and her tarmac meeting with Bill Clinton

-SOLYNDRA- The funneling of funds by Obama administration to private companies.

-OBAMACARE WEBSITE that cost over $600 million and didn’t work.

If you had the ability to take out Osama bin Laden, you do it. That’s pretty much a no-brainer.

Biden didn’t feel that way. He told Obama to not go ahead with the raid.

Continue reading: FLASHBACK: Biden Says Not A ‘Whisper of Scandal’ In Obama Admin, But He Forgot About These 15 ...

You forgot Deposing two Leaders Egypt & Libya Egypt was turned over to the Muslim Brotherhood Gaddafi was deposed to get his Weapons Cache that were shipped from the CIA Port of Benghazi to Turkey & Qatar to be forwarded to Al Qaida in Syria when received became ISIS then Obama declared Al Qaeda Defeated and withdrew our Troops leaving a wide open path into Iraq…!!! Only Americans could believe that a 100 Thousand Man fully Equipped and Armed Terrorist Army Popped out of the Sand Overnight…!!!!!