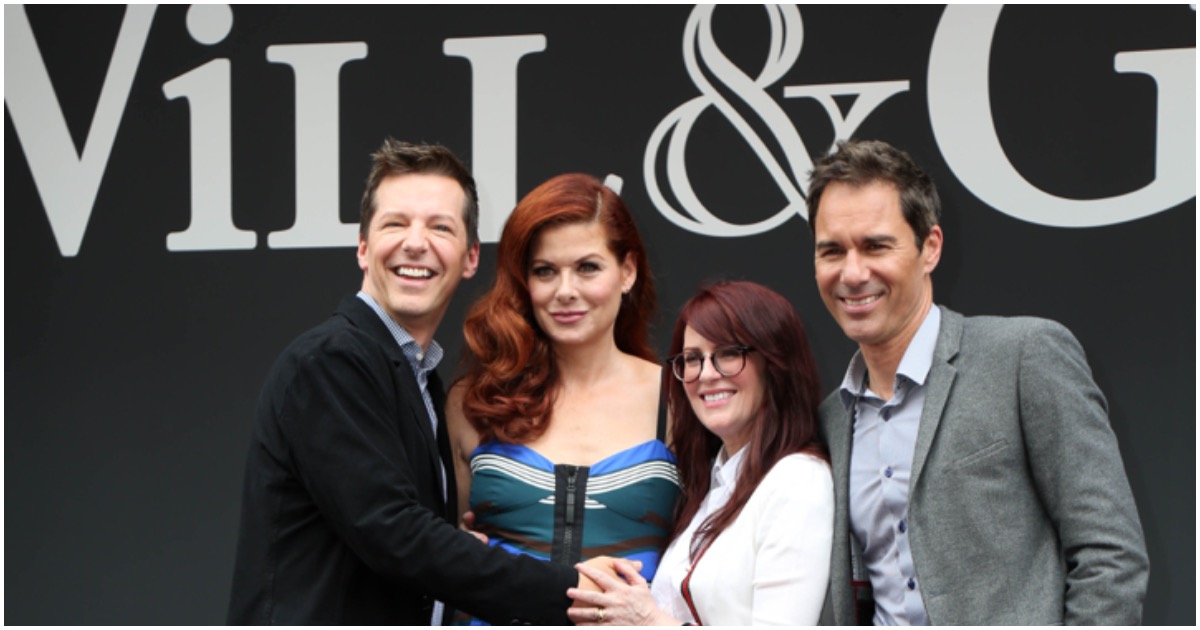 The following article, ‘Will & Grace’ Star Gives the Finger to Middle America, REFUSES to Work With Trump Supporters, was first published on Flag And Cross.

Take it from the writer of this article: there are plenty of conservatives in Hollywood. Plenty.

I use to live in Hollywood, California. I knew people in TV and film many moons ago, in a different life.

A lot of stars come from places like Texas and Kansas and other states that are largely conservative.

Sure, most are cowards for not coming out and admitting it but that’s the world in which we live.

People like “Will & Grace” star Erick McCormack should be ashamed of themselves.

Instead, he and his ilk are praised.

Further adding to the fairly proven existence of a Hollywood blacklist against conservatives, “Will & Grace” actor Eric McCormack said he refuses to work with Trump supporters, which should come as little shock to anyone, considering that his show has consistently portrayed Trump supporters as hateful, bigoted Nazis.

According to HollywoodInToto, McCormack shared his aversion for professionalism with Trump supporters in response to an article in The Hollywood Reporter (THR) announcing that the president would be holding a fundraiser in Beverly Hills during Emmy’s week. In fact, not only does the actor dislike working with Trump supporters, he also wanted THR to unmask people attending the event so that liberals like himself in the industry would know who to avoid in the near future.

Hey, @THR, kindly report on everyone attending this event, so the rest of us can be clear about who we don’t wanna work with. Thx.

Hey, @THR, kindly report on everyone attending this event, so the rest of us can be clear about who we don’t wanna work with. Thx. https://t.co/7W3xPG3bI2

Not long ago, pro-Trump actor Jon Voight delivered a heartfelt message to his “fellow Americans” about the greatest president since Abraham Lincoln.

Voight noted, “I know that you’ll agree with me when I say that our president has our utmost respect and our love. This job is not easy for he’s battling the left and their absurd words of destruction. … Our nation has been built on the solid ground from our forefathers and there is a moral code of duty that has been passed on from President Lincoln.”

He added, “Don’t be fooled by the political left because we are the people of this nation that is witnessing triumph. So let us stand with our president, let us stand for this truth that President Trump is the greatest president since Abraham Lincoln. God bless America.”