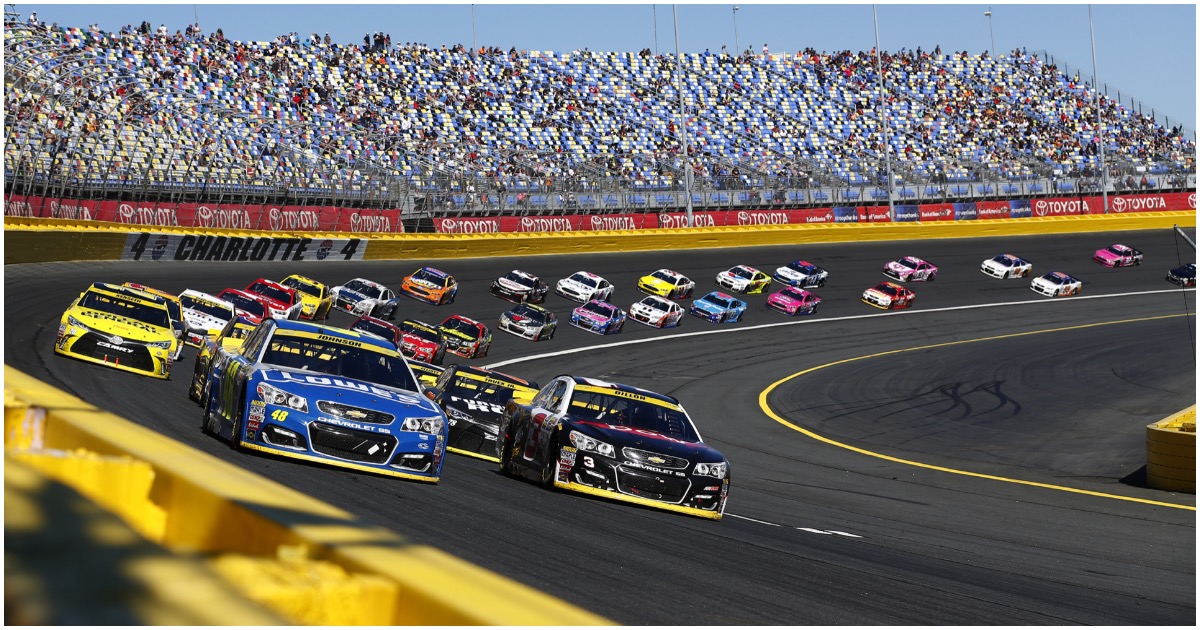 The following article, NASCAR Spits In the Face of Its Conservative Base & Bows Down to Appease the All Democrats, was first published on Flag And Cross.

NASCAR apparently didn’t learn from Dick’s Sporting Goods’ mistakes and it looks like they’re turning into giant Di…Sports Authority’s, themselves!

Dick’s decided to take away the guns and profits plummeted.

NASCAR is now turning its back on their largely conservative base by doing something equally dumb.

The National Association for Stock Car Auto Racing, otherwise known as NASCAR, has reportedly started to take a “gradual shift” on its stances surrounding the Second Amendment.

The revelation comes after multiple gun companies have said that NASCAR, which has a primarily Republican base, banned them from running advertisements that feature guns.

“Dark Storm Industries said an ad it submitted featuring one of the company’s AR-15s was rejected and online retailer K-Var Corp. said an ad featuring an AK-47 and 9mm handgun was also rejected,” The Washington Free Beacon reported. “Both said a NASCAR advertising agency solicited ads from them for NASCAR publications. They submitted ads but were told NASCAR would not accept them.” 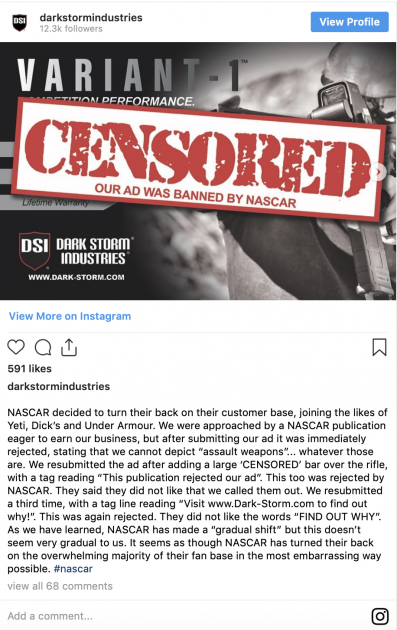 Something is off here.

Either NASCAR’S viewership is too high and they can’t stand making money anymore, or they’re just acting incredibly dumb.

Continue reading: NASCAR Spits In the Face of Its Conservative Base & Bows Down to Appease the All Democrats ...

Nascarcaperdicks….! Idiot Nascar execs….! are smoking skunk-weed while blowing each other in a circle jerk…! They just lost a good portion of their viewership….!