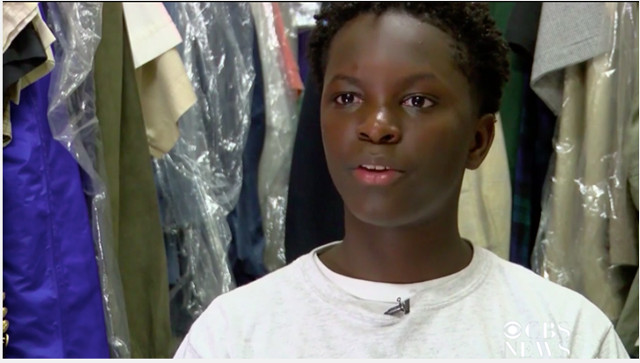 The following article, What This Louisiana Teenager Just Opened In His Town Is A Beautiful Picture Of Kindness, was first published on Flag And Cross.

When we typically think of young people these days, it seems all we have to say about them is negative. It’s not hard to understand why, given the fact that just about every single day there’s a story hitting the news about snowflake college students boohooing about something that “offends” them.

However, while a lot of younger folk may have been successfully indoctrinated by the left, there’s still some good ones out there too.

An eighth grader from Louisiana is a prime example of this truth.

Chase Neyland-Square started the nonprofit PAM’s Pantry — which operates out of a closet behind a stage in the school’s gym — at Port Allen Middle School in Port Allen, Louisiana, as a way to help his fellow classmates. Port Allen is directly across the Mississippi River from Baton Rouge.

“I know that everybody doesn’t have things and I’m fortunate to have things that other people don’t have,” Chase told WAFB, “and I look at it as sometimes, how would I feel in that situation?”

The closet is filled with two large racks of donated clothes that are free for any student who needs them. It also features school bags and other supplies.

Chase spoke with the media and stated that a lot of students have already taken advantage of the closet. He even shared that an entire family was able to get a closet full of clothes after all their belongings were destroyed in a fire.

Is this kid not amazing, folks? This is an example of how, at the local individual level, we’re all better at taking care of one another than the government ever could be.

With a heart like this, there’s little doubt this young man is going to go places over the course of his life. We could all use more people in our lives like this, don’t you agree?

Continue reading: What This Louisiana Teenager Just Opened In His Town Is A Beautiful Picture Of Kindness ...

Good going, Chase. I hope your giving heart is with you always. God bless you.