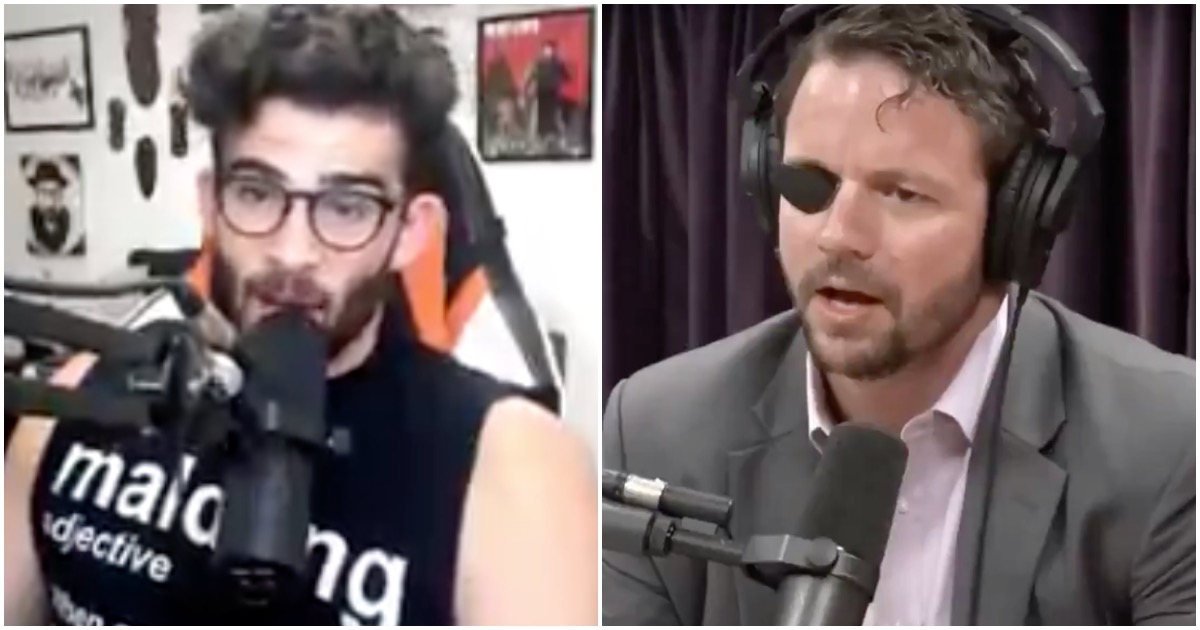 Some people don’t know how good they have it in America.

Maybe if they spent a solid week in another country they’d come to their senses, but as of right now the federal government doesn’t have a send-liberals-abroad program.

They should look into it.

Check out what this radically far-left Young Turks guy thinks of America and GOP Rep. (and war hero) Dan Crenshaw…

“This guy has the understanding of foreign policy of, like, a 12-year-old. What the f***. What the f*** is wrong with this dude? Didn’t he go to war and like literally lose his eye because some mujahideen — a brave fucking soldier — f***ed his eye hole with their d***?” Piker said, during a Twitch livestream on Tuesday night.

You know how Americans hijacked multiple planes on September 11, 2001 before crashing them into large buildings and murdering upwards of 3,000 people?

That’s because Americans were not behind the attack that forever changed the world.

Freshman Democrat Rep. Rashida Tlaib (MI), known for lodging her foot directly between her lips, says she was “really afraid” of her “fellow Americans” after 9/11.

Rep. Rashida Tlaib (D-Mich.) says that she was “afraid” of Americans in the days following the attacks on Sept. 11, 2001.

Tlaib: “I was probably my second year in law school when 9/11 happened. And I was — I was really terrified of what was going to happen to my husband, who’s only a green card holder at the time.”

She added, “I immediately called my brothers and told them to be very careful who you hang out with, telling my sisters, you know, just be real careful out there, and being really afraid of my fellow Americans. It really pushed me to be more involved, and I got really curious and really angry. And I think that combination got me, you know, in front of a number of issues in the city of Detroit.”

Tlaib knows exactly what she’s saying. Unfortunately, the MSM does, too, they just won’t report it to the masses.

You would think a person couldn’t feel more American than when walking the halls of Congress.