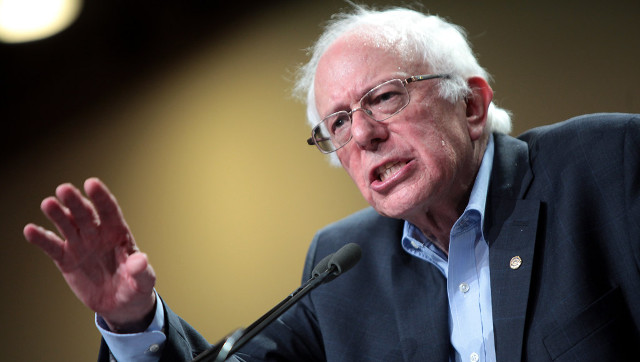 Sen. Bernie Sanders is not at all shy about showing his love for socialistic and communistic countries and leadership, but even given that reputation, people were still blown away by the compliment that Sanders delivered to China and it’s oppressive leadership, especially while political dissension rips through Hong Kong.

The comments in question were made during an interview Sanders held with The Hill TV. You just have to read this for yourself to believe it’s true.

Fortunately, Sen. Ted Cruz came out and shut Sanders down

“But what we have to say about China, in fairness to China and its leadership, is if I’m not mistaken, they have made more progress in addressing extreme poverty than any country in the history of civilization,” Sanders said.

“OK? So they’ve done a lot of things for their people,” he concluded.

The caveat came after he denied that China was a threat to the American worker.

“What is your view of China today. Do you believe China represents an existential threat to the American worker?” asked Krystal Ball.

Sanders answered, “No. I wouldn’t use the word existential threat. You know. I think China is a country that is moving unfortunately in a more authoritarian way, in a number of directions. We would have hoped that they would move toward a democratic, a more democratic form of government, they’re moving in the opposite direction.”

So what did Cruz say in response?

“Sure, the Chinese Communists have wrongfully imprisoned & tortured millions, and they have murdered over 65 million people, but Bernie may have a point: when you’re dead, your poverty’s solved, right?”

Sanders is delusional if he truly thinks leaders like those in China are good folk who deserve to be complimented and applauded for oppressing their people.

Such admiration is really eye opening, isn’t it? Now that you know Sanders loves the way things are going in China, you can guess at what he wants to do to America should he win the presidency. It’s a terrifying thought.

Here’s to praying and hoping Trump wins a second term.