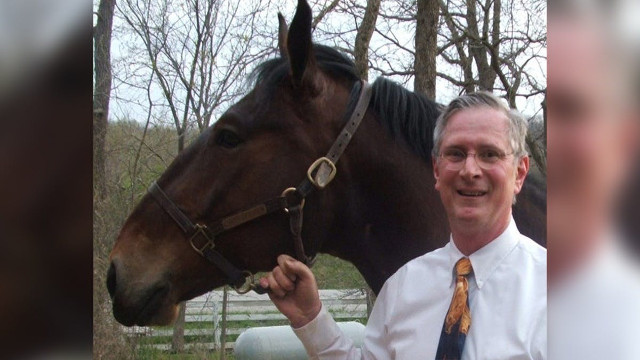 The following article, Iowa Professor Posts Violent Content On Facebook, Says ‘I Am Antifa.’ Here’s How The School Responded., was first published on Flag And Cross.

It’s no secret that we live in troubling times, with our country more divided now than it has been in a really long time. Because of this deep political divide we’ve seen a lot of violence spreading across the nation, mostly coming from radical left-wing protesters in Antifa.

Well, it doesn’t seem like this group of individuals is in the mood to find better, less violent ways to resolve our differences. At least as far as adjunct professor Jeff Klinzman is concerned.

Klinzman was employed as a professor at Kirkwood Community College located in Cedar Rapids, Iowa. He’s been booted from the group after posting violent content on Facebook about killing Christians and declaring “I am Antifa.”

According to a Campus Reform report, Klinzman announced last week that he supported the movement, which drew immediate backlash.

Kirkwood Community College President Lori Sundberg released a Friday statement that revealed the institution had accepted Klinzman’s resignation, which came after the college removed him from the classroom.

“We have spoken with Mr. Klinzman this afternoon about this matter and have accepted his resignation,” a portion of Sundberg’s statement read.

“With the safety of our students, faculty, and staff as our top concern, we made the decision this morning to identify an instructor who will take over the one course that Mr. Klinzman was to have taught this semester,” the statement added.

It also acknowledged that while the decision “may be supported by some,” but “criticized by others,” it was necessary to prevent fostering a disruptive environment in the classroom. The statement also noted that while the institution supports the professor’s “right to articulate his views in whatever forum he chooses,” it was not acceptable for people to perceive that he might place “public safety in jeopardy.”

According to reports from KCRG-TV, Klinzman was a very outspoken fan of Antifa. He was a follower of Facebook pages like “Heartland Antifascists,” “Antifascist USA,” and many others. He posted tons of negative thoughts involving evangelical Christians.

Just how anti-Christian was Klinzman? Well, the guy penned a pretty sick and twisted poem which featured delightful little nuggets like, “Kill them all, and bury them deep into the ground, before millions are tortured to death.”

When the television station reached out to Klinzman for a comment, he said, “I affirm that I am Antifa.”

This guy is a few Fruit Loops short of a full box of cereal. This is the kind of hatred these fools in Antifa are spreading. It’s causing mentally unstable individuals to come out of the woodwork, presenting a clear and present danger to folks just trying to live their lives.

It’s not fair to be targeted with violence just because of your political beliefs, whether left or right. No one should have to endure that. The left needs to take responsibility for creating problems like Klinzman.

Remember the days when a parent’s greatest wish was that their child get a college education??? Yeah, not anymore!!!! This is just another of a large group of college professors who are bat shit crazy!!

Pure example of a mentally deranged imbecile professor who has the IQ of a snail. Dementia must have set in early on….

Killing Christians? Is he a Muslim? Just a good Democrat? The party and religion of piece.

Oh, a picture of a jackass…and a horse.

The Horse must have kicked the professor in the head & nuttz….!

Another dumb ignorant subhuman who bought his way through college!