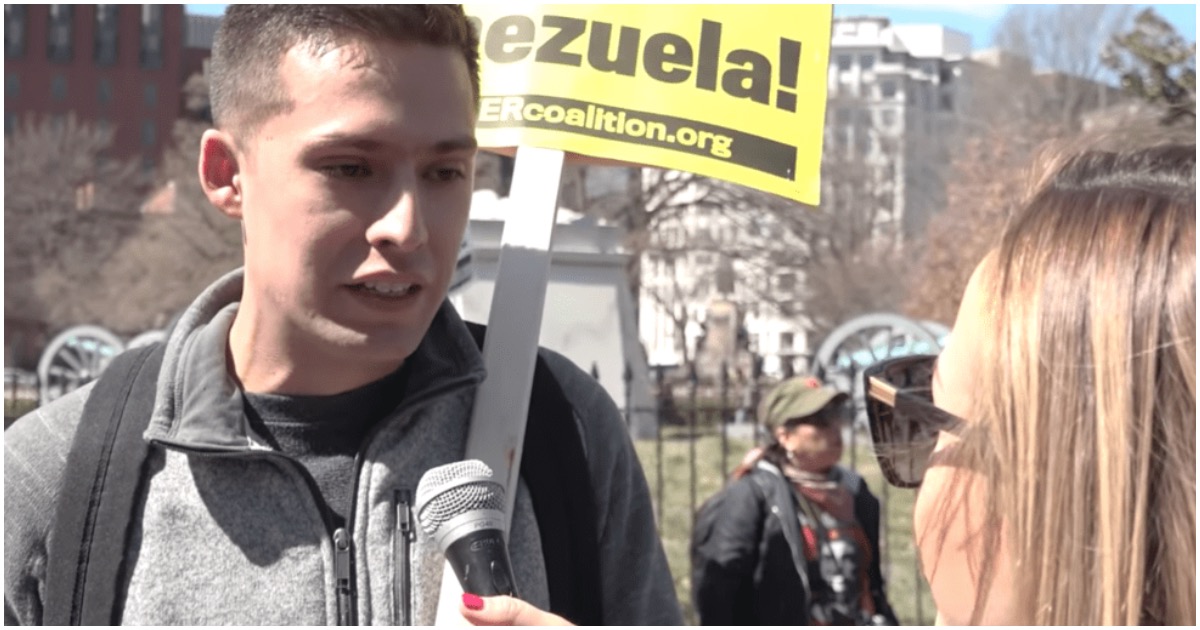 The following article, FLASHBACK: Protesters Asked If They’d Trade Trump for Maduro, & They Said ‘Yes’ (Watch), was first published on Flag And Cross.

Socialism has failed so badly in Venezuela that people are forced to fend for meals from garbage trucks.

They also look for drinking water from sewers.

Freshman Democrat Ilhan Omar seems to be upsetting more and more people by the day.

Of course, the main reason deals with her anti-Semitism which is absolutely blatant at this point. More on that below.

First, check out the fiery exchange Omar had with Elliot Abrams, the Trump administration’s special envoy to Venezuela, who was fed up with the Congresswoman’s “ridiculous” questions…

The Trump administration’s new special envoy for Venezuela, Elliott Abrams, clashed Wednesday with freshman Rep. Ilhan Omar, D-Minn., during a House hearing on the Caracas crisis after the congresswoman tried to turn focus to Abrams’ history in Latin America while asking him point-blank whether he’d support “genocide” if it served American interests.

Abrams fired back, calling the line of questioning “ridiculous” and refusing to respond to the personal “attack.”

The questioning was the latest moment in the spotlight for Omar, who earlier this week apologized for tweets considered anti-Semitic — and who previously criticized what she described as a “US backed coup” in Venezuela, though many countries beyond the U.S. have recognized Juan Guaido, the opposition head of the National Assembly, as the interim president over Nicolás Maduro.

Soooo… pack ’em up and off to Venezuela for a year. If they survive, I’m pretty sure their minds will be DRAMATICALLY changed by the time they return….

They Just Can’t Waite to start rummaging through Other Peoples Garbage for Something to Eat…!!!