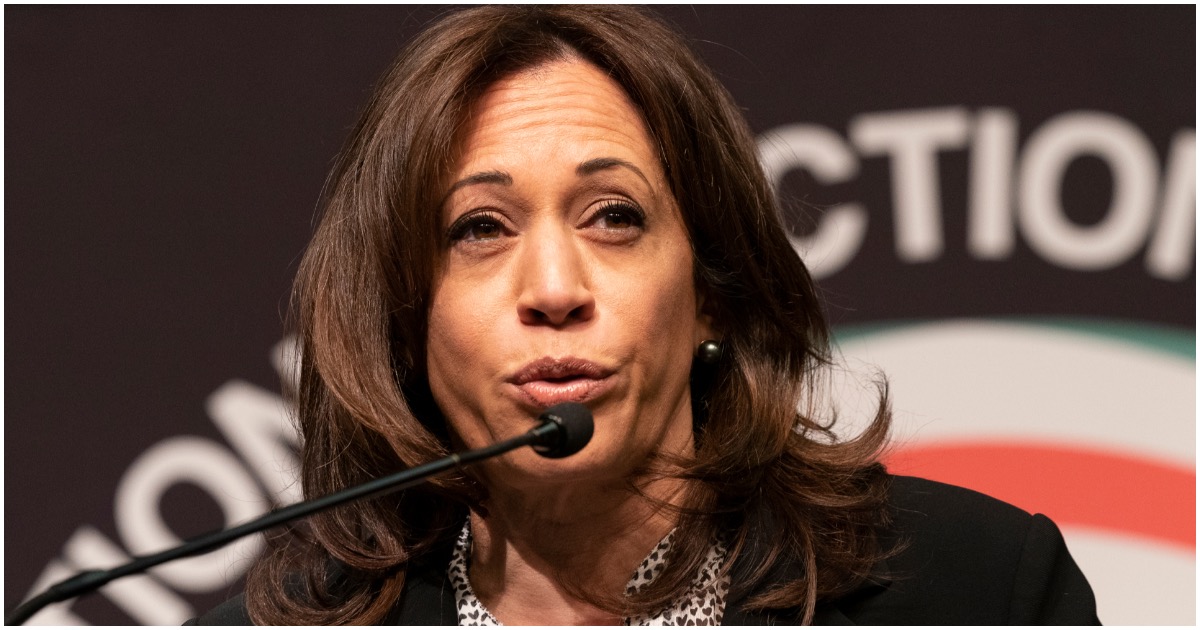 The following article, LOL! Kamala’s Not ‘Comfortable’ With Bernie’s Health Care Plan, Problem Is She’s A Co-Sponsor, was first published on Flag And Cross.

Kamala Harris is a fish out of water.

She’s now going as far as saying she’s not a fan of Bernie Sanders’ health care proposal for America, even though she literally co-sponsored the thing.

Is that great or what?

Harris also attempted to clarify her position on health care, stating, “I have not been comfortable with Bernie’s plan” and insisting that her own plan would not get rid of private insurance.

However, despite claiming now that she is uncomfortable with the Medicare-for-all proposal, Harris cosponsored the 2018 version of the legislation. Other 2020 Democratic presidential candidates, including Massachusetts Sen. Elizabeth Warren and New Jersey Sen. Cory Booker, also signed their names onto Sanders’ plan.

Kamala Harris went to the Hamptons with huge donors and criticized @BernieSanders’ Medicare for All plan…the plan she co-sponsored. You can’t make this up.

Kamala Harris went to the Hamptons with huge donors and criticized @BernieSanders’ Medicare for All plan…the plan she co-sponsored. You can’t make this up. https://t.co/5rVlaqWwR5 pic.twitter.com/ZH3MAPDcph

If it were up to Bernie, taxes would skyrocket in order to pay for social programs. Everyone knows this.

The problem is how high taxes would jump.

In order to pay for his “Medicare for All” plan, it would be up there.

Sen. Bernie Sanders (I-VT) admitted during an interview with the Washington Post on Tuesday that Medicare for All, his preferred government-run health care system, could cost up to $40 trillion over a 10-year span.

The Washington Post’s Robert Costa asked Sanders to put a number on what his proposal might cost.

“Somewhere between $30 trillion and $40 trillion over a 10-year period,” Sanders responded.

Sounds like people are seeing through her hypocrisy and her low moral character since her numbers have dropped. She is not fit to be in any government position.