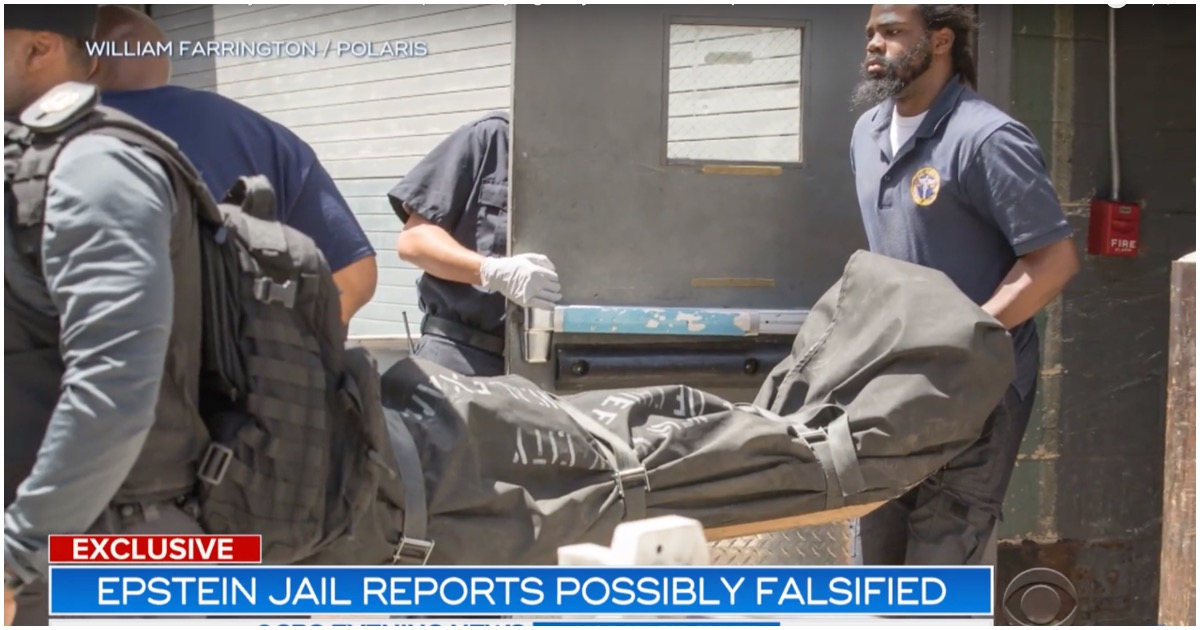 The following article, BOMBSHELL: Guards May Be Complicit In Epstein Cover-Up, Logs May Have Been Falsified, was first published on Flag And Cross.

On top of alllll the rumors and conspiracy theories surrounding the death of registered sex offender Jeffrey Epstein, this one might just take the cake.

It appears a cover-up may very well be in play.

A person familiar with the probe of Jeffrey Epstein’s death at a federal jail says guards are suspected of falsifying log entries to show they were checking on inmates in his unit every half hour, when they actually weren’t.

Epstein is believed to have killed himself early Saturday at the Metropolitan Correctional Center in New York, where he was awaiting trial in a sex trafficking case.

Surveillance video reviewed after the death showed guards never made some of the checks noted in the log, according to the person familiar with the investigation.

It’s no wonder Democrats are so uninformed. If you watch MSNBC, you’ll always be in the dark.

You know, because conspiracy theories are what Dems do best!

Bill Clinton’s name might be in the news for a while to come and it’s all due to his relationship with Jeffrey Epstein.

Sarnoff noted, “I know from the pilot logs. And these were pilot logs that were written by different pilots at different times, that Clinton went, he was a guest of Epstein 27 times… Many times Clinton had his Secret Service with him and many he did not. Almost every time Clinton’s name is on the pilot log, there are underage girls.”

Continue reading: BOMBSHELL: Guards May Be Complicit In Epstein Cover-Up, Logs May Have Been Falsified ...

No doubt in my mind, money talks and a lot of people go blind while a man hangs himself with a paper rag and nothing to tie it to..

I have no doubt everyone involved was paid off. Wait till they find out they have been played and will never enjoy a dime of it.