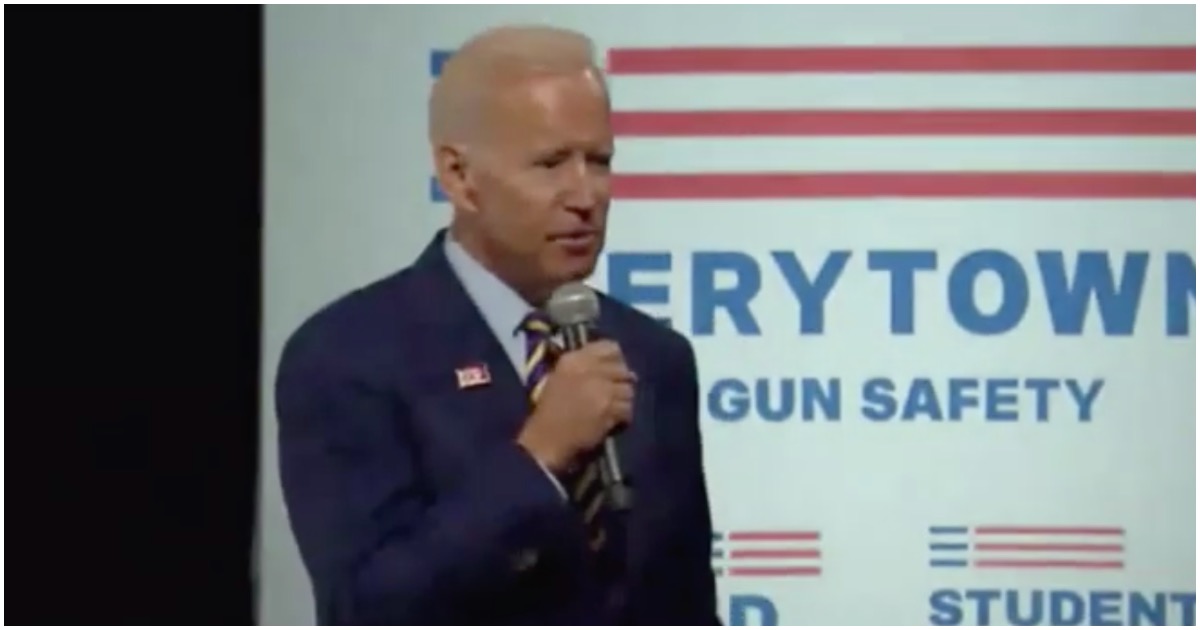 The following article, LOSING IT! Biden Says He Was VP During Parkland School Shooting That Happened A Year Later, was first published on Flag And Cross.

Joe Biden said he was vice president when the deadly high school shooting in Parkland, Florida, took place. Except, it happened in 2018, more than a year after he left office — the latest gaffe by the Democratic presidential front-runner.

Biden told reporters in Iowa on Saturday that “those kids in Parkland came up to see me when I was vice president.” But when they visited Capitol Hill to talk with members of Congress, lawmakers were “basically cowering, not wanting to see them. They did not want to face it on camera.”

Biden continues to be the gift that keeps on giving for President Trump.

Not a day goes by without the 2020 hopeful saying something silly.

While speaking with race-baiter Al Sharpton on MSNBC, Biden conflated the assassinations of Martin Luther King, Jr. and Bobby Kennedy with Trump’s 2016 victory.

Biden said, “I think what’s happening now is, I think that Donald Trump may have reawakened sensibilities in this country to say ‘Whoa, maybe we can do this now, just like our generation was awakened when Dr King and Bobby Kennedy were assassinated. Our whole generation said I’m back in, man.”

Hear why former US Vice President Joe Biden says Donald Trump may have helped to reawaken the sensibility in this country. #PoliticsNation pic.twitter.com/pICpdnMhxY

Democrats know what you need better than you do.

During the second round of the first 2020 Democrat debates, Joe said he’d repeal President Trump’s tax cuts and also give away community college education for free.

Continue reading: LOSING IT! Biden Says He Was VP During Parkland School Shooting That Happened A Year Later ...