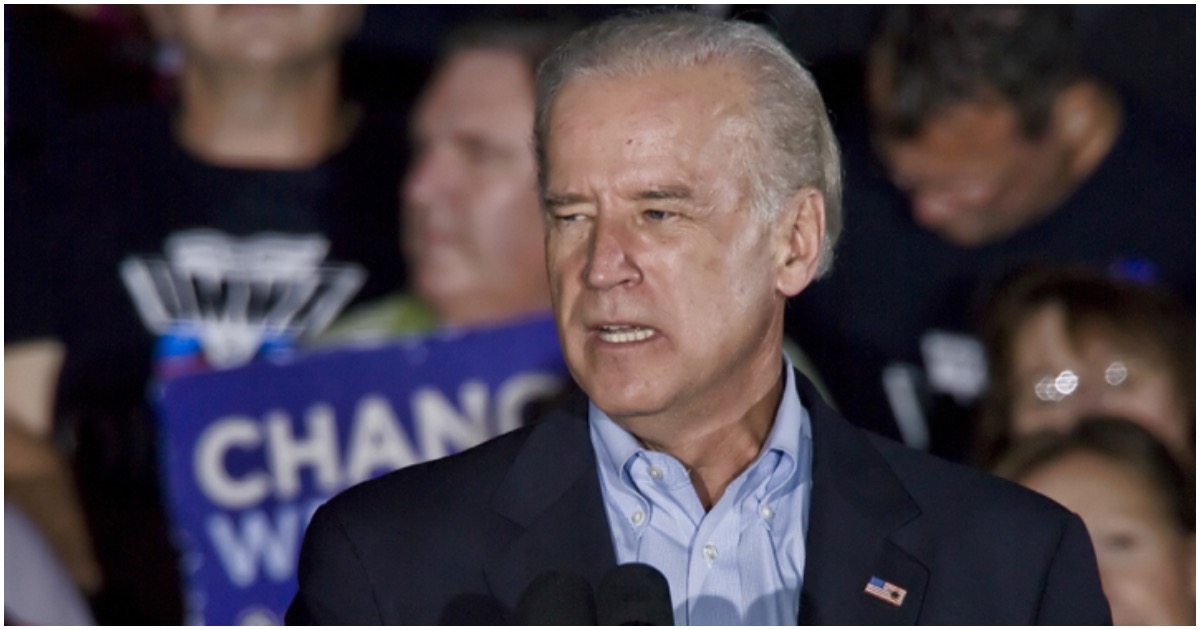 The following article, WATCH: Biden Asked How Many Genders There Are, His Response Is Scientifically Illiterate, was first published on Flag And Cross.

Democratic presidential candidate Joe Biden forcefully grabbed a young woman’s arm on Thursday after she pressed him about how many genders exist and Biden seemed unable to provide an adequate response.

The incident happened while Biden was campaigning at the “Political Soapbox” at the Iowa State Fair when a girl named Katie, who is a student in the state, approached Biden with questions.

“How many genders are there?” Katie asked.

“There are at least three,” Biden responded.

My team just forwarded this video to me

Watch former Vice President Biden forcefully grab one of our young field staffers at yesterday’s Iowa State Fair after she asked him how many genders there are pic.twitter.com/1qmpJxJlzO

Biden is attempting to become president of the United States for the third time.

Back in 2007 at a New Hampshire primary debate, handsy Joe was asked about “sanctuary cities.”

He said he wouldn’t allow them.

KING: I’d like to hear from Senator Biden, would you allow these cities to ignore the federal law? [Emphasis added]

BIDEN: The reason that cities ignore the federal law is the fact that there is no funding at the federal level to provide for the kind of enforcement at the federal level you need … Part of the problem is you have to have a federal government that can enforce laws. This administration’s been fundamentally derelict in not funding any of the requirements that are needed even to enforce the existing law… [Emphasis added]

KING: So Senator Biden, yes or no, would you allow those cities to ignore the federal law? [Emphasis added]

With everything Joe has said over the years, how in the world is this man the Democrat frontrunner?

A review of rhetoric from Joe Biden's record on immigration. It included boasting about needing a 700 mile fence to stop "tons…tons…tons" of drugs from "corrupt Mexico" in 2006. Jailing employers who hire "illegals" and not allowing sanctuary cities. https://t.co/2JJvBNP8KE pic.twitter.com/RpIyEwAJaO

video of one bit of the Biden speech https://t.co/2JJvBNP8KE pic.twitter.com/8NVkPjOzgW

Continue reading: WATCH: Biden Asked How Many Genders There Are, His Response Is Scientifically Illiterate ...