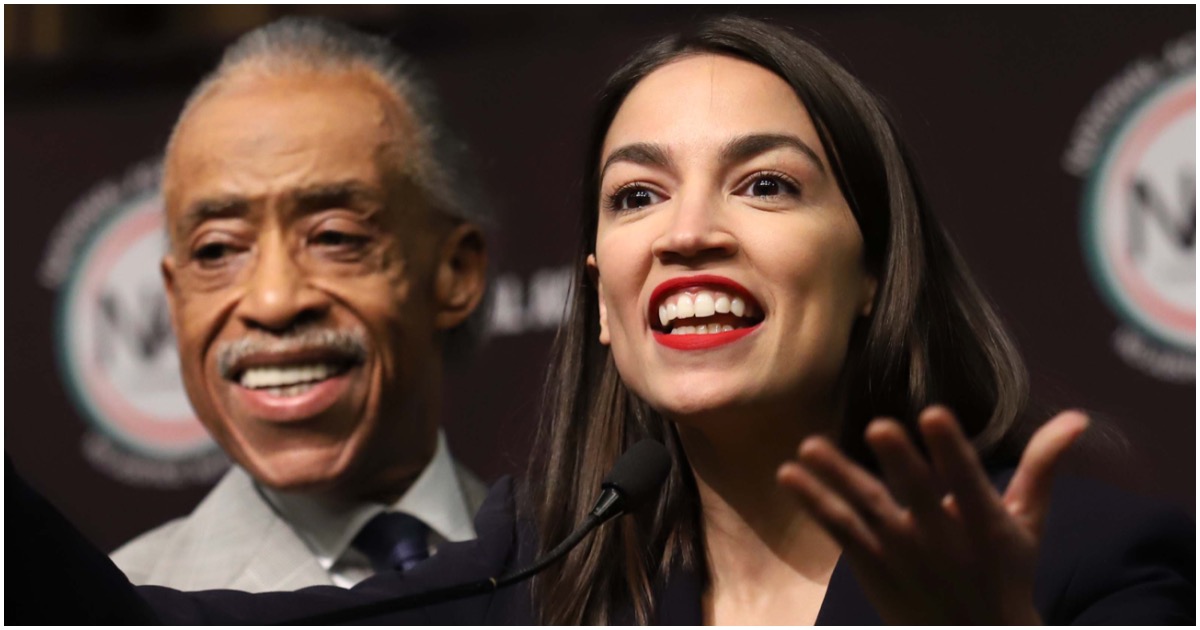 It’s really quite shocking to know how many Congressional Democrats care so little for Israel.

To them, Palestine is always right – no matter what.

Rep. AOC agreed with a radio show host that what Israel has to do (to protect from terrorists, mind you) is “criminal.”

Rep. Alexandria Ocasio-Cortez (D-NY) agreed with a radio show host on Tuesday after he stated that Israel’s involvement in the conflict with Palestinian is “very criminal” and “very unjust.”

Host Ebro Darren said, “There’s a lot of young Jewish people that I know that are absolutely against the occupation. I wanted you because often on this program, we have the freedom to address the fact that something that, you know people, it’s an oxymoron, how do you have white supremacist Jews?”

He added, “How do you have people like Stephen Miller? How do you have these individuals who are legit aligning with racism and white supremacy, but they’re Jewish? It’s something that most people can’t wrap their brains around, but it’s a real thing. And what’s going on with Israel and Palestine, while it’s very, very deep, it is very, very criminal, it’s very, very unjust.”

AOC responded, “Absolutely. I think, too, where we’re at as a country, when it comes to Israel-Palestine is very much a generational issue, and when we start looking at it through that lens, a lot of the stuff starts to make sense. It’s like what you’re talking about,” she continued. “Young Jews in Israel are sick of this.”

Far-left Rep. Ilhan Omar (D-MN) is reportedly preparing to introduce a pro-Boycott, Divestment, and Sanctions (BDS) resolution in the House of Representatives. The BDS movement is anti-Semitic and intends to destroy the nation of Israel.

“We are introducing a resolution … to really speak about the American values that support and believe in our ability to exercise our first amendment rights in regard to boycotting,” Omar told Al-Monitor. “And it is an opportunity for us to explain why it is we support a nonviolent movement, which is the BDS movement.”

Israel is our best ally in the Mid East; a beacon of hope, freedom & liberty, surrounded by existential threats. Shame on Rep @Ilhan Omar for bringing her hateful twist on that reality to House Foreign today, propping up the BDS movement & blaming Israel for all of its challenges

Israel is our best ally in the Mid East; a beacon of hope, freedom & liberty, surrounded by existential threats. Shame on Rep @Ilhan Omar for bringing her hateful twist on that reality to House Foreign today, propping up the BDS movement & blaming Israel for all of its challenges pic.twitter.com/y975D0JCaC

Omar married her brother and abused immigration laws. You know, because she loves America so much.

Check out what happens when Ilhan was confronted.

She couldn’t say much…