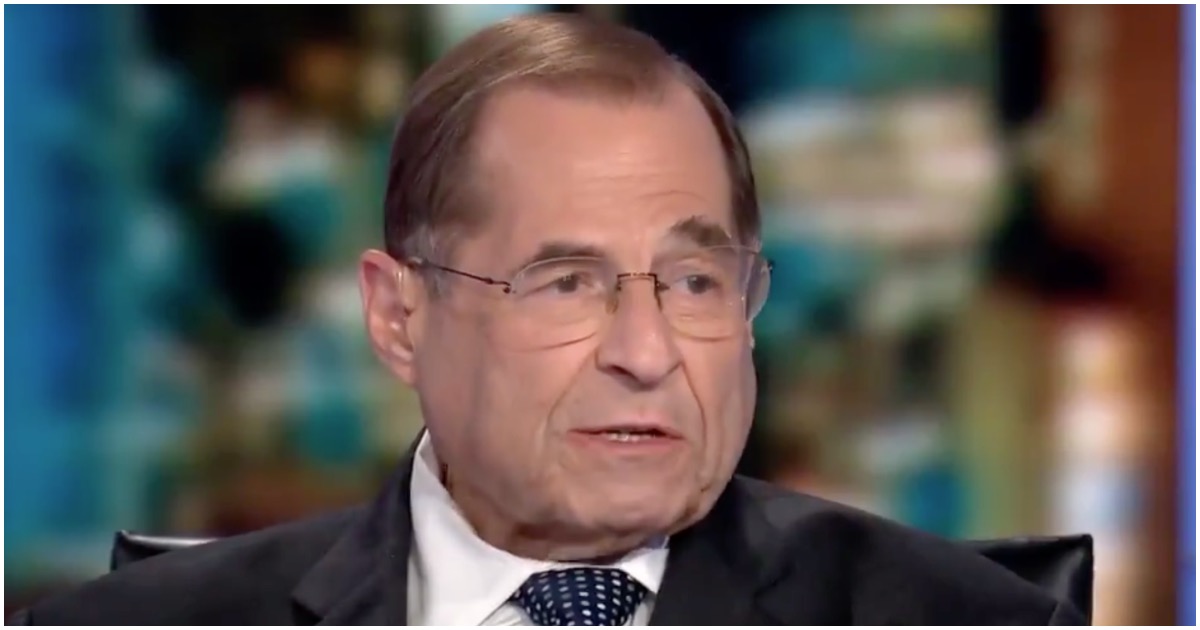 Get your popcorn ready, folks.

It looks like the Democrat-controlled House may just move to impeach President Trump, after all.

Based on what, exactly? Who knows?

“This is formal impeachment proceedings.”

"This is formal impeachment proceedings."

Nadler said the other day that liberals might go for broke once again later this year.

Nadler noted, “If we decide to report articles of impeachment, we could get to that late in the fall, in the latter part of the year.”

Nadler is petitioning a federal judge to get lawmakers access to grand jury evidence collected by former special counsel Robert Mueller, and his committee is preparing to sue former White House counsel Don McGahn to compel his testimony in the committee’s ongoing investigation into potential abuses of power by Trump.

He added, “I think that we will probably get court decisions by the end of October, maybe shortly thereafter. We’ll have hearings in September and October with people we don’t — witnesses who are not dependent on the court proceedings.”

Back in late May, freshman Democrat Rashida Tlaib (MI) invoked the “United States Constitution” to justify the fact that Dems are looking to move forward with impeaching Trump.

It’s funny how the left loves them some law and order when it comes to getting Trump out of office, despite no crimes having been committed.

Rashida appeared on “Meet the Press” with Chuck Todd.

Nadler needs to grow a rectum! He is so full of feces! This guarantees Trumps re-election!

Hey, but it’s the only “platform” that all of the 20-something “dem-want-to-be-president” morons have. And didn’t the one dem moron state that “if/when he was elected president he would “impeach Trump”? (guess he didn’t realize that if he, the democrat was president, Trump wouldn’t be there to impeach?