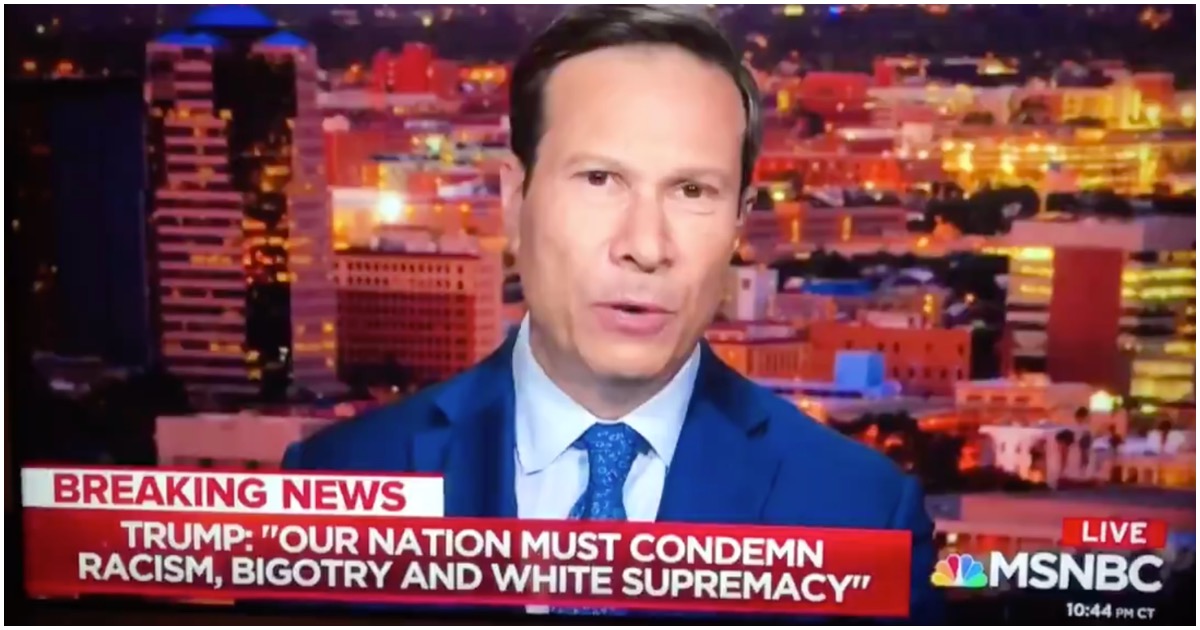 The following article, WATCH: MSNBC Notes That Flags Will Fly At Half-Staff Until 8/8, Which Means ‘Heil Hitler’, was first published on Flag And Cross.

The title was a little weird, huh?

You ain’t seen nothin’ yet.

Due to the deaths of nearly two dozen people after back-to-back mass shootings, the White House is set to fly the flag at half-staff until August 8th – 8/8.

‘H’ is the eighth letter of the alphabet.

Naturally, a radical on MSNBC equates 8/8 to “Heil Hitler” because, you know, Trump is Adolf reincarnate!

Is that incredible or what?

Continue reading: WATCH: MSNBC Notes That Flags Will Fly At Half-Staff Until 8/8, Which Means ‘Heil Hitler’ ...

That, folks, is called, “Pulling something out of your ass”. When you do that, all you can expect is SH!T.

Amazing how these demented liberal morons can wrap their minds around something and revise it into something to fit their socialistic agenda. Even more amazing that there are other liberals out there that buy into their strange ideas. Merely more evidence that liberalism is a mental disease.

Another idiot speaks, he was never in the military. His mom held his hand right up to grade 12. Sad, the think what they have to say matters to normal thinking people.