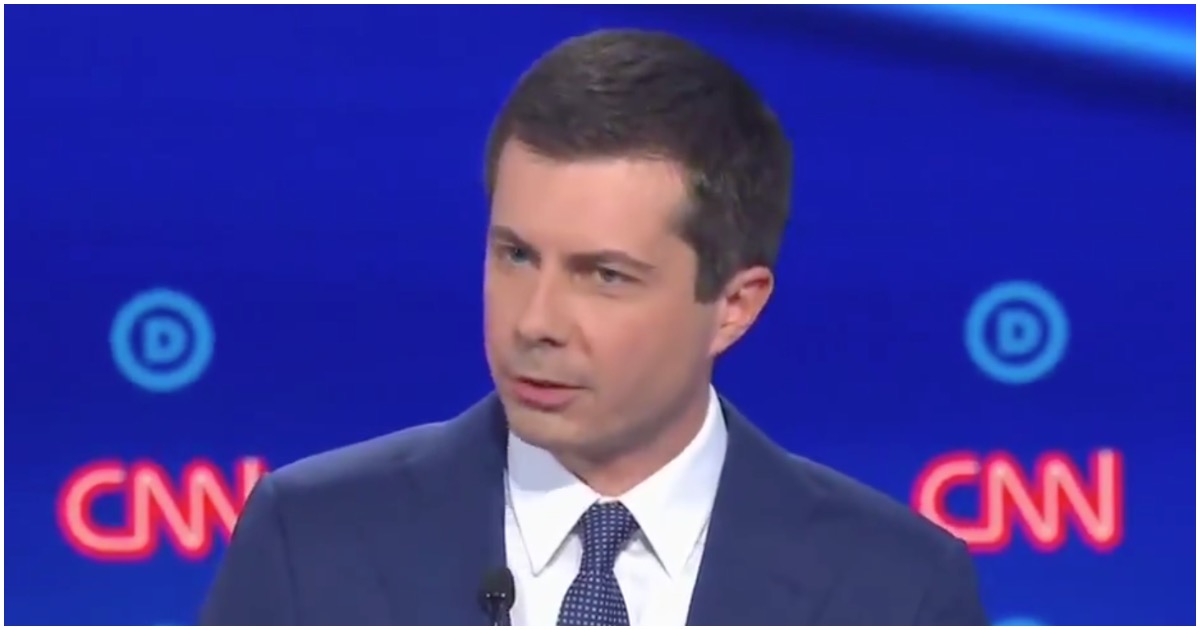 The following article, ICYMI: 2020 Democrat Says You’re A Bad Christian If You’re Against Minimum Wage Hike, was first published on Flag And Cross.

In fact, he doesn’t believe America was great at any point.

Democratic presidential hopeful Pete Buttigieg took a jab at President Trump on Monday while delivering a speech in South Carolina, saying America’s past “was never as great as advertised.”

Buttigieg noted, “So many of the solutions, I believe, are gonna come from our communities. Communities like the one where I grew up, which is an industrial mid-western city. That is exactly the kind of place that our current president targeted with a message saying that we could find greatness by just stopping the clock and turning it back.”

He added, “That past that he is promising to return us to was never as great as advertised, especially for marginalized Americans…and there’s no going back anyway.”

Pete Buttigieg, who is running in a crowded Democratic field for president, said on Friday he believes renaming events and things named after President Thomas Jefferson is the “right thing to do.”

Radio host Hugh Hewitt asked, “Well, let’s go to policy now—a very blunt question because you talk about going to every Jefferson-Jackson Dinner in Indiana when you were running statewide. Should Jefferson-Jackson dinners be renamed everywhere because both were holders of slaves?”

Buttigieg responded, “Yeah, we’re doing that in Indiana. I think it’s the right thing to do. Over time, you develop and evolve on the things you choose to honor … Jefferson is more problematic. There’s a lot of course to admire in his thinking and his philosophy, but then again if you plunge into his writings, especially the notes on the state of Virginia, you know that he knew slavery was wrong.”

Pete added, “The real reason I think there is a lot of pressure on this is the relationship between the past and present that we’re finding in a million different ways that racism isn’t some curiosity out of the past that we’re embarrassed about but moved on from. It’s alive. It’s well. It’s hurting people and it’s one of the main reasons to be in politics today is to try to change or reverse the harms that went along with that.”

Well, if that ain’t the pot calling the kettle black, lmao! If you wanna be technical and spout COMPLETE NONSENSE then neither are you a Christian mayor buttplug. The Bible couldn’t be anymore clear about YOUR lifestyle being an abomination. It’s one thing to “tolerate” abominations like this, but a whole different animal to EXPECT people to just simply ACCEPT this abominable lifestyle…smh.