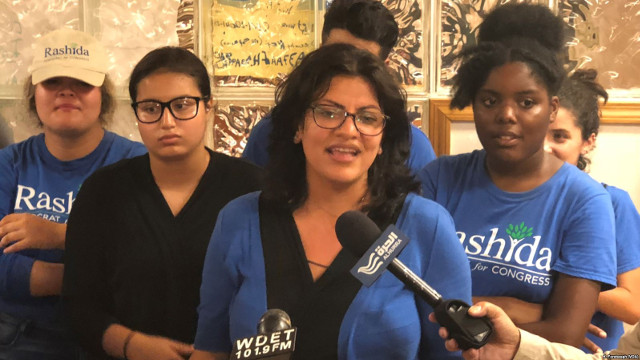 The following article, Radical Leftist Rashida Tlaib Fully Supports Naming Trump Donors. The Reason Why Is Worth An Eye Roll., was first published on Flag And Cross.

Not long after Democratic congressman Joaquin Castro doxxed names of donors for President Trump’s 2020 presidential campaign, top member of the “Squad,” Rep. Rashida Tlaib came out and stated her support for the move.

Why is Tlaib supporting the shaming of individuals who are using their hard earned dollars to show support for their personal pick for president? Because according to her, those who donate to Trump are funding racism and people need to know who those folks are.

Chairman Castro, They don't like it when you name their donors. The public needs to know who funds racism. https://t.co/7qfg1RT79y

But a number of observers weren’t about to let Tlaib get away with her words:

“It would be like finding your donor list and announcing that these people support Hamas and anti-Semitism.”

“So intimidation is cool when you do it? How cute.”

“Then let’s post your donors so we know who supports an anti-Semite.”

“So then you would be okay if the tables were turned, Rashida? BS. You’d be shrieking with outrage.”

“Are you putting the target on the backs of the black, Hispanic, Asian and Muslim Trump supporters or just the white ones?”

Isn’t it rich to hear Tlaib, a raging anti-Semite, talk about shaming folks who participate in racism? Especially seeing as she’s basically one herself?

Little bit of a double standard, but hey, the left isn’t exactly known for their ability to take the principles they blab about and actually apply them to real life.

When “turn about” occurs, these leftist politicians will be looking for a “spider hole” for refuge. They never seem to learn; ask old harry reid about that….