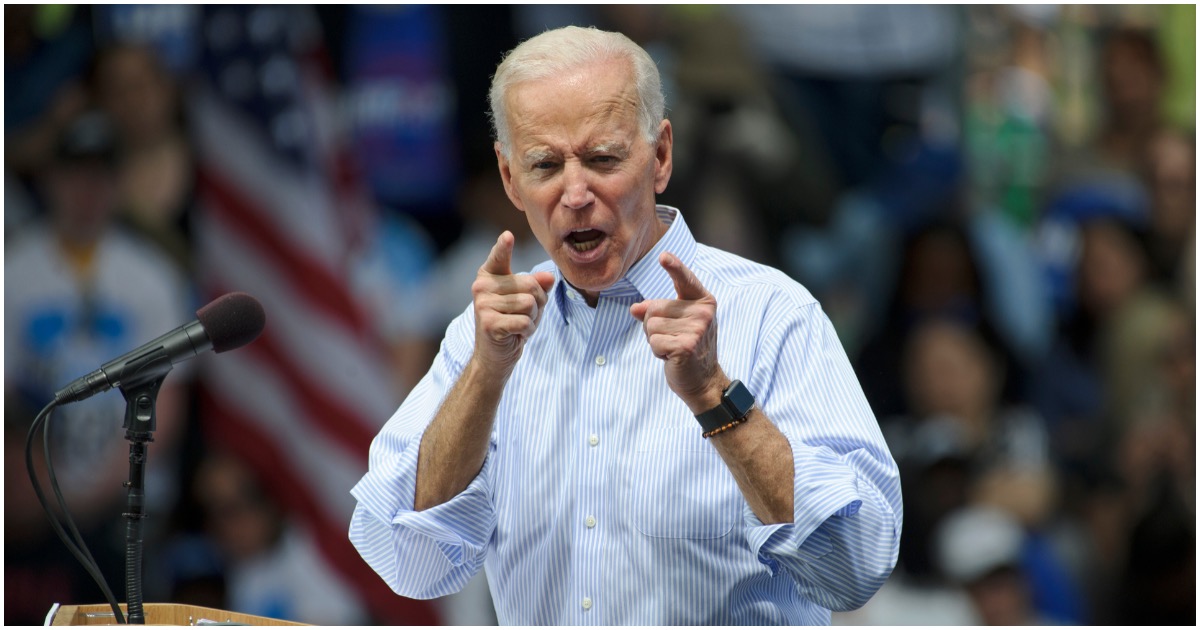 The following article, Biden Goes On CNN with Anderson Cooper, Compares Trump’s Rhetoric to the KKK (Details), was first published on Flag And Cross.

Any Democrat who accuses President Trump of being racist should be forced to resign. If the media was honest with the American people, that would probably be the case.

But they aren’t. And they never will be again.

Check out the latest from 2020 frontrunner, Joe Biden…

In an interview with CNN’s Anderson Cooper that aired Monday after Trump gave a speech calling for unity and condemning white supremacy and all forms of racial hatred, Democratic presidential frontrunner Joe Biden compared Trump’s rhetoric to that of the Ku Klux Klan and accused him of having “flat abandoned the theory that we are one people.”

In a televised speech from the White House Monday, President Trump addressed the horrific mass shootings in El Paso and Dayton, which took the lives of at least 29 people and injured dozens more, by condemning all forms of “racist hate,” particularly white supremacy, which appears to have motivated the El Paso shooter.

“The shooter in El Paso posted a manifesto online, consumed by racist hate,” said the president. “In one voice our nation must condemn racism, bigotry and white supremacy. These sinister ideologies must be defeated. Hate has no place in America. Hatred warps the mind, ravages the heart and devours the soul.”

The president also called for greater unity and bipartisanship to address the growing problem of mass shootings. “We cannot allow ourselves to feel powerless. We can and will stop this evil contagion,” he said. “In that task, we must honor the sacred memory of those we have lost, by acting as one people. Open wounds cannot heal if we are divided. We must seek real bipartisan solutions – we have to do that, in a bipartisan manner – that will truly make America safer and better for all.”

Biden continues to be the gift that keeps on giving for President Trump.

Not a day goes by without the 2020 hopeful saying something silly.

While speaking with race-baiter Al Sharpton on MSNBC, Biden conflated the assassinations of Martin Luther King, Jr. and Bobby Kennedy with Trump’s 2016 victory.

Biden said, “I think what’s happening now is, I think that Donald Trump may have reawakened sensibilities in this country to say ‘Whoa, maybe we can do this now, just like our generation was awakened when Dr King and Bobby Kennedy were assassinated. Our whole generation said I’m back in, man.”

Hear why former US Vice President Joe Biden says Donald Trump may have helped to reawaken the sensibility in this country. #PoliticsNation pic.twitter.com/pICpdnMhxY

Barack Obama wanted Hillary Clinton as his successor, not Biden – his own VP.

And yet, Biden continues to campaign using Obama’s name at every turn.

A team of highly paid adults brainstormed and finally all decided this tweet was a good idea. https://t.co/rRdm0npytS

This is the SADDEST ducking thing I’ve ever seen in politics.

Can someone fire all the Onion writers who are running these campaigns/the country?

Whose idea was this? Unless an endorsement from the former president is already baked in, fire the staffer. https://t.co/LN7nYH9yaN

This can’t be real https://t.co/p5QvVOA1If

They are going to meet behind the swingset after school. https://t.co/37hC1bahNT

This coming from a person who has to sit down and pee to keep his pants dry and a string to pull out his itty bitty tiny wee wee!