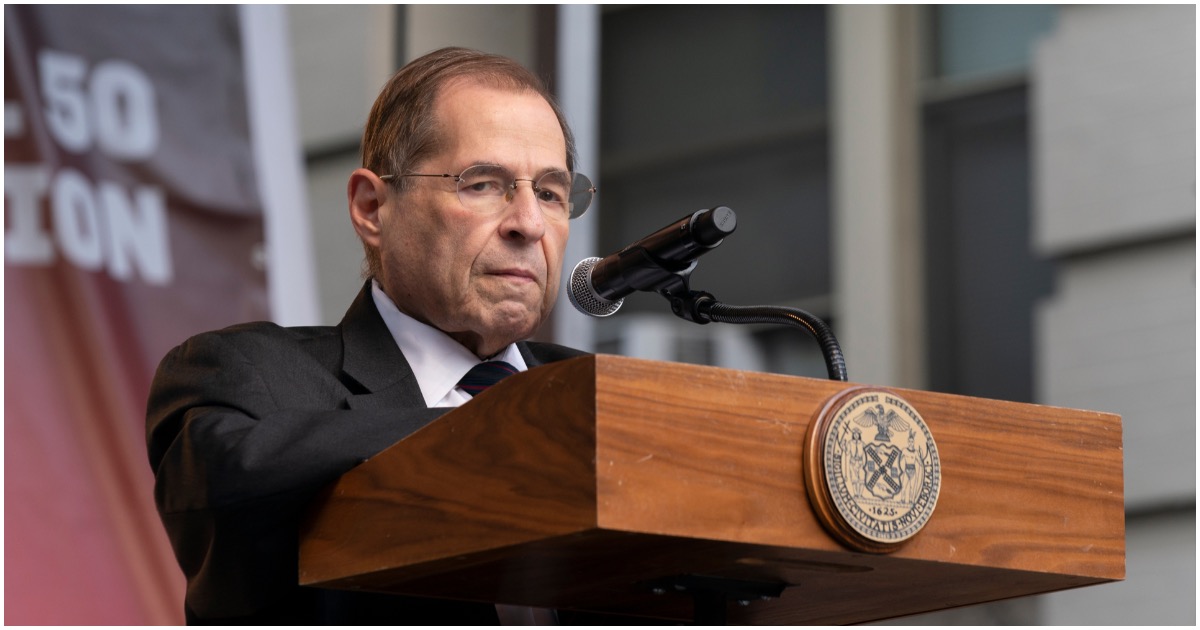 The following article, Jerry Nadler Makes It Clear: Democrats May Look to Impeach President Trump In the Fall (Details), was first published on Flag And Cross.

And yet, Democrat Rep. Jerry Nadler says liberals might go for broke once again later this year.

The answer is no: these people just won’t quit.

Nadler noted, “If we decide to report articles of impeachment, we could get to that late in the fall, in the latter part of the year.”

Nadler is petitioning a federal judge to get lawmakers access to grand jury evidence collected by former special counsel Robert Mueller, and his committee is preparing to sue former White House counsel Don McGahn to compel his testimony in the committee’s ongoing investigation into potential abuses of power by Trump.

He added, “I think that we will probably get court decisions by the end of October, maybe shortly thereafter. We’ll have hearings in September and October with people we don’t — witnesses who are not dependent on the court proceedings.”

Not long ago, Speaker Nancy Pelosi (D-CA) went on Jimmy Kimmel’s far-left ABC program to declare that Democrats will be ready to impeach Trump before 2020.

ABC late-night host Jimmy Kimmel questioned Speaker Nancy Pelosi about why she had not pushed forward on the impeachment of President Donald Trump.

Nancy Pelosi stalled, saying that although Democrats were “on the path” to impeach the president, she wanted to make sure the case was “iron clad” before moving forward.

Pelosi answered, “Yeah, we will.”

Will they do it?

Will they be successful?

Will Trump win 2020 going away if they fail?

Try it you illegitimate sterile coo-coo! All it will do is seal your fate and the Democrats follies!